ALIS was blamed for delaying aircraft maintenance, one of the very things it was meant to facilitate. 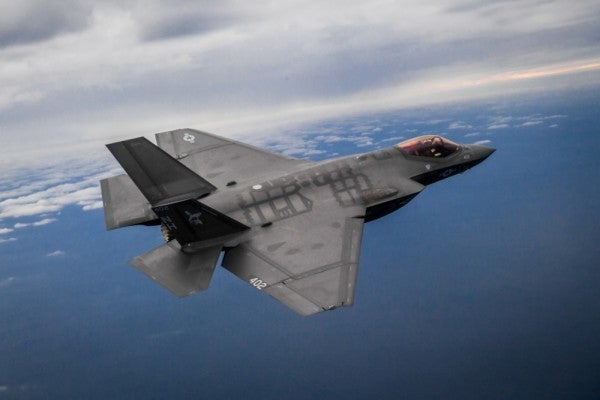 WASHINGTON (Reuters) – The computer-based logistics system of the F-35 stealth fighter jet made by Lockheed Martin, which has been plagued by delays, will be replaced by another network made by the same company, a Pentagon official said on Tuesday.

The Autonomic Logistics Information System (ALIS) was designed to underpin the F-35 fleet's daily operations, ranging from mission planning and flight scheduling to repairs and scheduled maintenance, as well as the tracking and ordering of parts.

Ellen Lord, the Pentagon's chief weapon's buyer, said ALIS would be replaced with Lockheed Martin's Operational Data Integrated Network (ODIN), which will be streamlined for efficiency “with the voice of the maintainer and the pilots at the forefront of the requirements list.”

Lord told Reuters outside a closed-door briefing to U.S. Congress that Lockheed Martin, the F-35's prime contractor, would work on ODIN under the current ALIS funding profile without additional cost to the taxpayer.

The Government Accountability Office (GAO) had estimated that ALIS would have cost more than $16.7 billion over its multi-decade “life cycle”.

ALIS was blamed for delaying aircraft maintenance, one of the very things it was meant to facilitate.

“One Air Force unit estimated that it spent the equivalent of more than 45,000 hours per year performing additional tasks and manual workarounds because ALIS was not functioning as needed,” the GAO said in a November report.

By December 2022, ODIN will have replaced ALIS in all F-35s except those deployed remotely or on ships, Lord said.

“We cannot wait until there is a functioning ODIN to work on the other sustainment issues with the jet,” he said in an interview after Tuesday's hearing. The F-35 has drawn criticism for having a higher than hoped for cost per flying hour.

ODIN will be based in the cloud and designed to deliver data in near real time on aircraft and system performance under heightened cyber security provisions, Lord said.

“We have heard our maintainers on the flight lines loud and clear when they say they want to spend less time on administrative maintenance on ALIS,” she said.