Fort Carson officials didn't take long to blast big holes in a phony memo circulating on the internet that claims... 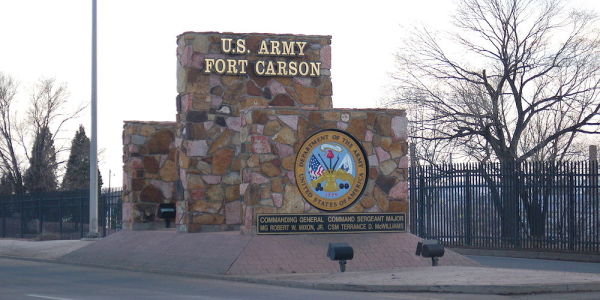 Fort Carson officials didn't take long to blast big holes in a phony memo circulating on the internet that claims its troops are getting ready to enforce martial law.

Conspiracy theorists have long linked the post to easily debunked plots to separate Americans from their freedoms, and the latest involves an alleged memo from the post's 4th Infantry Division ordering troops to train for a military takeover of law enforcement starting next month.

“The Facebook posting showing what appears to be an official 4th Infantry Division memo … is a complete fabrication,” the post said in a statement. “There is no training being conducted on Fort Carson concerning any type of martial law preparation.”

The memo, which spread from Facebook to sites shopping conspiracy theories, looks authentic at first glance. It appears to be on Fort Carson letterhead and contains a smattering of Army terminology.

“As of 5 August 2016 2322 the Bill for the Executive Order Enacting Martial law is in effect,” the bogus memo begins. From there it lists units that will be sent to “training” for the nefarious plot. That's where it falls apart.

Other units are listed with phony troop numbers. One of the units on the list, the 4th Combat Aviation Brigade, is in Afghanistan.

And the Obama administration has not issued an order for Martial Law, and Congress has moved to forbid the president from issuing such an order, starting with the 1878 Posse Comitatus Act, which forbids federal troops from enforcing domestic laws.

That hasn't stopped conspiracy theorists from pinning evil plans on the Mountain Post. In the past year, websites have alleged that Fort Carson was housing United Nations forces for an international takeover, was assembling troops to take away weapons and detain locals as part of a Green Beret training exercise, and that a training exercise that sent Styker vehicles down Interstate 25 was a cover story for the imposition of martial law.