The U.S. Justice Department shut down an ISIS-affiliated scam that attempted sell fake personal protective equipment (PPE) through a website and Facebook accounts, which researchers say is another novel way terrorists are taking advantage of the coronavirus pandemic. 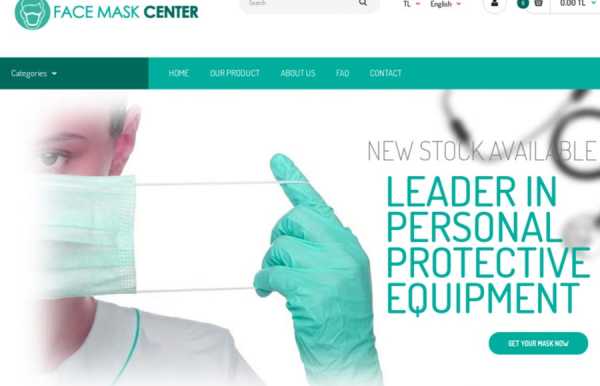 The U.S. Justice Department shut down an ISIS-affiliated scam that attempted sell fake personal protective equipment (PPE) through a website and Facebook accounts, which researchers say is another novel way terrorists are taking advantage of the coronavirus pandemic.

FaceMaskCenter.com, a now-defunct website that claimed to sell FDA-approved N95 respirator masks and other sought-after PPE, contained all the hallmarks of a legitimate online store — including accepting credit cards. The website claimed it was “the original online personal protective equipment supplier and was the first of its kind” since its inception in 1996, when in fact the site was created February 26, 2020.

The website was seized by the Justice Department and visitors are now greeted with an official disclaimer and a phone number to call if they were victims of the scam.

It was not immediately clear if anyone purchased PPE from the website; however, when a US-based customer contacted the website to purchase masks for first-responders, a Syrian national living in Turkey responded by saying he could “easily provide up to 100,000 N95 masks, which he claimed to have in his possession,” according to the Justice Department's complaint.

A review of the face masks that were purportedly for sale indicates that the PPE was manufactured in Turkey, and were not certified by U.S. agencies like the Food and Drug Administration.

Cakar, which researchers say could be another alias, is accused of managing the scheme and accepting $100,000 from Zoobia Shahnaz, an American who pleaded guilty in 2018 to financially supporting ISIS and attempting to travel to Syria to join the terrorist organization. Cakar, according to a “confidential reliable source” of the Justice Department, was also instrumental in ISIS hacking operations.

Researchers who have studied the terrorist organizations say that while online scams are not a novel concept for ISIS affiliates, their approach in taking advantage of the PPE demand is unique.

Chelsea Daymon, an associate fellow with the Global Network on Extremism & Technology and a researcher at American University, first noticed ISIS sympathizers mentioning the coronavirus in their social media channels in mid-January.

“This was sort of a new turn because historically, since the pandemic started, we saw ISIS use COVID-19 for more propaganda purposes — spreading things that have to do with their ideology or demonizing individuals that are perceived as their enemy,” Daymon said.

“So we've seen more narrative and propaganda use of the virus, and as the virus continued on, we've seen ISIS use the virus to its advantage on the ground in Syria and Iraq … where in the last number of months there has been an increase in the number of attacks while governments are having their attention elsewhere,” Daymon added.

ISIS affiliates have used the COVID-19 pandemic as a messaging tool and incorporated it into their propaganda communications on social media apps like Telegram, Rocket.chat, and Twitter.

Several of these themes included graphs and charts of the number of deaths related to the coronavirus, seemingly in celebration of the death tolls. ISIS sympathizers also claimed the coronavirus was intentionally created in a lab and spread by non-believers.

Some of their narratives also echoed the baseless conspiracy theories spread by US-based far-right groups — that any future coronavirus vaccine would cause autism, was a government ploy, or a corporate campaign for profit. According to Daymon's research, some of the sympathizers also claimed that a potential vaccination would be a Western plot to kill Muslims.

It is unclear if there are other ISIS-linked websites that are taking advantage of the pandemic. But Daymon notes that the group, like other terrorist organizations, will take advantage of world events for their nefarious purposes.

“It's not a surprise because I think any extremist group will use to their benefit any opportunity,” Daymon said. “And the pandemic has been actually pretty good for that for many groups across many spectrums, because it really falls into different narratives and ideologies: this idea that, 'society is collapsing, therefore you want to be on the right side of history.'”