During the off season last April, Atlanta Falcons head coach Dan Quinn wanted to expose his team to a different … Continued 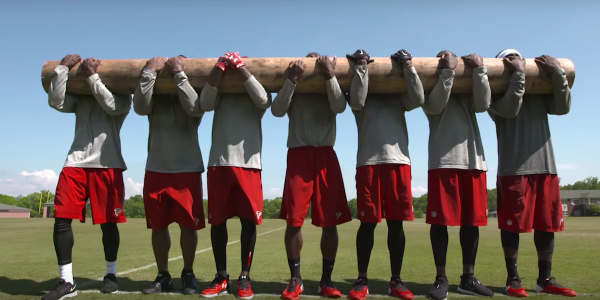 During the off season last April, Atlanta Falcons head coach Dan Quinn wanted to expose his team to a different kind of training — so he brought in the Navy SEALs. Over a week of training, the Falcons practiced exercises that promoted team-building and resilience from the men whose lives literally depend on those two strengths in order to do their jobs.

“We did all sorts of stuff and no football,” quarterback Matt Ryan told USA TODAY Sports. “They carry these big logs as part of their training. When you get tired, their thing is that you reset all together to take the stress off or whatever. So that buzzword has stuck with us.”

The Navy SEALs also imparted another important lesson on the team: brotherhood.

“We are not going to go to a team like the Falcons and try to teach them about football,” said Bill Hart, the SEAL group’s chief. “Instead, we take a look under the hood and see if these guys are doing anything that stops them from functioning at their best collectively.”

We’ll see if that training pays off today. Check out the training video below.