A mother and her mother-in-law forced at gunpoint out of their vehicle and handcuffed outside the Air Force Museum were... 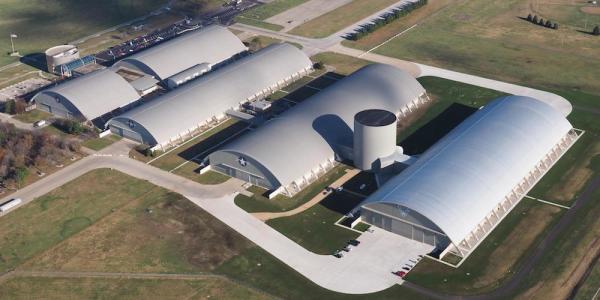 A mother and her mother-in-law forced at gunpoint out of their vehicle and handcuffed outside the Air Force Museum were paid $40,000 to settle a federal civil lawsuit, according to a court document recently obtained by this news organization.

The “Stipulation for Compromise Settlement and Release” document states Alice and Wendy Hill must drop all claims against the government and pay their attorneys out of the $40,000.

“These guys have a difficult job to do,” Hill family attorney Nicholas DiCello said of the base’s military police. “It can be a difficult situation for citizens and for law enforcement. But we think this case certainly went beyond the pale and these folks ended up being victimized to some extent.”

The Columbus-area residents and two young children were stopped by Wright-Patterson Air Force Base security in April 2014 during a “high-risk” stop after a 911 caller said a family was checking out vehicles in the museum parking lot.

The family said then 8-year-old Aaron was just looking at all the different states’ license plates as they made their way to their blue Honda Odyssey van. Base personnel mistakenly thought the van was stolen because the vehicle’s Vehicle Identification Number was incorrectly entered during a search, base officials have said.

The Hills have said they were both handcuffed and ordered to their knees on concrete for 20 minutes as the children screamed in fear. The Hills spent an additional 40 minutes in police vehicles.

“I felt like I was in Mexico, or someplace third world . . where they force someone to their knees before they shoot them in the back of the head,” Alice said after the incident.

The amended complaint filed in Dayton’s U.S. District Court said then 5-year-old Brooke asked her mother, “Is Baba (grandma) going to get shot?” and that both children were “scared and confused” and needed counseling.

“It was resolved amicably between the government and my clients, and efficiently,” DiCello said. “Once the case was actually filed, both sides worked well together to move past this just unfortunate incident.”

As for the settlement amount, DiCello said: “I think it was fair given the circumstances and the situation, he said, later adding: “None of the parties had to sit through or go through depositions or anything like that.”

The suit alleged unreasonable search and seizure and due process violations and asked for in excess of $75,000 and a jury trial.

After the April 4, 2014 incident, Air Force officials apologized and offered another visit.

“We sincerely regret the fact that their enjoyable day at the museum ended with this high-risk traffic stop,” that statement read. “Had the vehicle not originally come back as stolen, this situation would have been resolved with a quick courtesy stop of the vehicle to clarify the initial report.”