The family of Lance Cpl. Riley Schultz, who died from a gunshot to the head while standing guard at his post during a training exercise at Camp Pendleton on March 15, continues to dispute the Marine Corps' ruling of suicide. 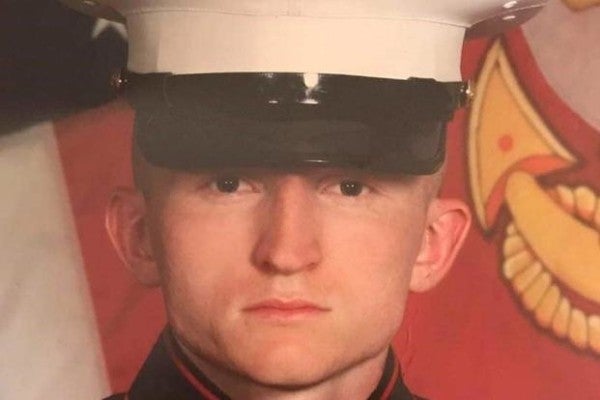 The family of Lance Cpl. Riley Schultz, who died from a gunshot to the head while standing guard at his post during a training exercise at Camp Pendleton on March 15, continues to dispute the Marine Corps' ruling of suicide.

Schultz's mother, Misty Schultz-McCoy, said their cause has been taken up by Military Families for Justice and will be mentioned in an episode of 48 Hours tonight, March 30, exploring the death of another Marine, Col. Michael Stahlman in the show entitled “Widow's War.” Stahlman was serving in Iraq when he was found in his bed, mortally wounded with a gunshot wound to his left temple.

“Military Families for Justice is now in communication with the Schultz Family in trying to help them in these critical early days following the tragic death of Lance Cpl. Riley Schultz,” a post on the group's Facebook page says.

“We just want the truth of what happened to Riley,” said April Holm, sister of Schultz's mother. “We want to know why it happened, how it happened. None of us believes it because he had plans. He had just talked to his mother six hours before he died. He was excited to come home and see everyone here. He was going to be here for 23 days before he was deployed and he wasn't afraid of being deployed.”

According to his travel itinerary, Schultz planned to arrive in Denver on April 6, the same day now that his funeral will be held.

Marine Corps officials on Wednesday, March 27, released information about his death and confirmed that the medical examiner ruled it a suicide. On March 15, Schultz was standing watch over his platoon's vehicles and equipment, on a shift set to last from 3:50 a.m. to 5 a.m. A fellow Marine found his body after arriving to relieve him around 4 a.m.

Schultz served with the 1st Light Armored Reconnaissance Battalion and was going through pre-deployment training.

Since the incident, the Marine Corps has undertaken a standard but separate investigation from the earlier review by the Naval Criminal Investigative Service.

Each time a Marine dies by any cause, a Line of Duty investigation is done to determine the Marine's duty status and if there was any misconduct that caused the death. That investigation determines whether survivors will receive benefits. Suicide does not preclude benefits from being given to the survivors.

In Schultz's case, Capt. Paul Gainey, of the 1st Marine Division, confirmed Saturday, March 30, that the family will receive all benefits they are entitled to.

He also said Marines from the 1st LAR Battalion will attend Schultz's funeral planned in Colorado, where Schultz will receive full military honors.

Marines from his unit will gather in a remembrance service on the base, Gainey said.