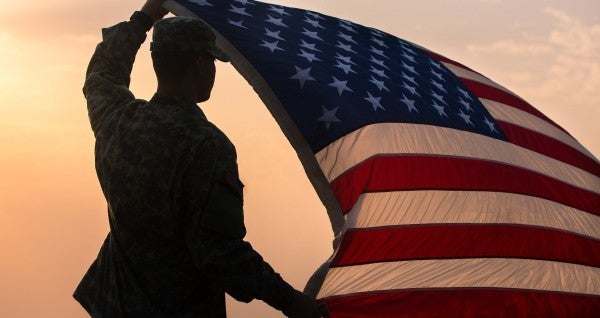 For Father's Day, each took time to reflect on what stood out to them during their fathers' careers and how their fathers have supported them as they, too, have joined the military.

Facing the draft while living in Puerto Rico, Confessor Bermudez Sr. decided to go to an Air Force recruiter's office in 1969.

Retired Sgt. 1st Class Confessor Bermudez Jr. grew up in Fayetteville because of his father's choice.

Bermudez Sr., who was an engineer in the Air Force until 1987, was stationed at Pope Air Force Base shortly after his son was born in Panama in 1975. He would serve there for the remainder of his career.

“My father used to take me to Pope when it had a big air show every year,” Bermudez Jr. said. “There was Thunderbirds and so many static displays. You could see paratroopers jump out of the back of C-130s, kind of like All American Week.”

Years later, Bermudez Jr. took his own kids to All American Week.

His oldest son, 19-year-old Pvt. Dorian Bermudez, is now the third generation of Bermudez men serving in the military.

After graduating from Berean Baptist Academy, Confessor Bermudez Jr. joined the Army in April 1997, with Korea as his first duty station.

“I didn't want to sit around,” Bermudez Jr. said. “My youngest sister had lupus, and I saw that my dad had actually extended his military time to make sure that she could see the best doctors.”

Bermudez Jr., now a father of six, said as he got older and thought about his future, he wanted to be able to provide for his future family in the same way.

A year after serving in Korea, he received orders to go to Fort Drum, New York.

After completing airborne school in October 1998, Bermudez Jr. returned in December to Fort Bragg, where he was assigned to the 3rd Battalion, 319th Field Artillery Regiment, 82nd Airborne Division as a mechanic.

He was with the division four years, until his first enlistment came up and he decided to join the U.S. Army Special Operations Command.

He remained on airborne status for about 17 years.

During his time in the Army, Bermudez Jr. went on three deployments to Afghanistan. He retired from the Army in April 2017, after 20 years of service.

About a year later, the Army would have another Bermudez joining its ranks.

Dorian Bermudez, who was born in the old Womack Army Medical Center building, joined in August 2018 shortly after graduating from Overhills High School.

“I remember a couple of times watching him jump, and it had some influence on me joining seeing all the amazing things he was able to do and what he's done,” Dorian Bermudez said of his father. “It was like looking up to a hero.”

Bermudez Jr. said he remembers his son asking during his senior year, as he was debating what to do after graduation, about what led his father to the Army.

Bermudez Jr. told his son that he joined for the independence and that after basic training, he knew he would have self discipline, wouldn't have to depend on his parents and would have money in his pocket.

The discussion helped Dorian Bermudez decide that he wanted to join the Army to have a stable career in his own life.

He returned to his hometown in March.

Serving in the same division his father once served in, Dorian Bermudez is working with satellite communications for the 82nd Combat Aviation Brigade.

He now has physical training near the same 82nd Airborne Division water tower his father did during his time with the division.

“Before I decided I was going to join the Army, I don't ever really remember talking too much about the Army with my dad,” Dorian Bermudez said. “But now he's told me how things (such as training) would be, and it's kind of been eye opening to have a better understanding of how grandfather and dad had to do things.”

“I never imagined he'd be willing to put his own life on the line, and to be able to hear him talk about his friends and the friends he's made …. it reminds me of me being in that position,” Bermudez Jr. said. “The fact we both have served in the 82nd — to be able to know that both of us have worn the patch, it's pretty neat.”

And Dorian Bermudez isn't Bermudez Jr.'s only son who seems to have an interest in the military, as another son, who turns 14 Monday, is expressing interest in serving with the U.S. Special Operations Command.

Bermudez Jr. said the biggest piece of advice he's shared with his older son is to make good friends who are bettering themselves and want to further their career.

“The second piece of advice is I've told him to respect his squad and squad leader and to be a team player,” Bermudez Jr. said.

At the same time, Bermudez Jr. said he pulls back a little bit to make sure his son is developing relationships on his own, while supporting him just as his father, who now lives in Greensboro, did for him.

“For me in particular, being able to see my dad shine his boots at night in preparation for an inspection and looking like a model soldier by being physically fit and the level of discipline that was instilled in him is something that sticks out,” Peters said.

From an early age, Peters said the military taught him flexibility and how to adapt, as he attended five elementary schools, four middle schools and three high schools during his parents' military careers.

Inspired by his parents' service, Peters earned an ROTC scholarship to go to college, and was commissioned as an officer in 2008.

“My dad was there to give me my first salute,” Peters said.

Graduating at the top of his class, he was selected to attend airborne school in 2009 at Fort Benning, Georgia.

“While I was there, dad was stationed at Fort Bragg at the time and drove down to jump out of a perfectly good airplane with me and my battle buddies,” Peters said.

It's something he and his classmates remember even 10 years later.

“I think the reward was that once we both landed safely on the ground, I knew that my dad had just jumped with me — I'm sure in a million of years neither one of us could have imagined we would have been afforded that opportunity,” Peters said.

He now lives in Virginia, where Peters' mother is stationed at Fort Eustis.

As for Peters' own career, his first duty station was in Korea.

His second duty station was in 2011 at Fort Bragg, with a unit that his father had just left being first sergeant with prior to Peters' arrival — the 325th Airborne Infantry Regiment, 2nd Brigade Combat Team, 82nd Airborne Division.

After Peters' time at Fort Bragg, he was assigned to the 101st Airborne Division at Fort Campbell Kentucky, where both his parents had been stationed. He is currently with the Headquarters, Department of the Army, at the Pentagon.

Throughout his career, Peters said his father has been there to encourage him and has taught him tenacity, perseverance and to always be competent, capable and committed.

“Even when I was a second lieutenant in Korea at the age of 22, being away from my family and responsible for 60-plus soldiers, I was able to pick up the phone and call my dad,” Peters said. “It gave me the opportunity to look at things through a noncommissioned officer perspective; and my dad has always been transparent and forthcoming with me, so he's going to tell me if I'm wrong and if I need to take ownership as a leader. He's been a great sounding board for me when it comes to leading the sons and daughters serving this nation.”