The former soldier's lawyer said he should get nearly $7.7 million — $300 for each hour he was jailed. 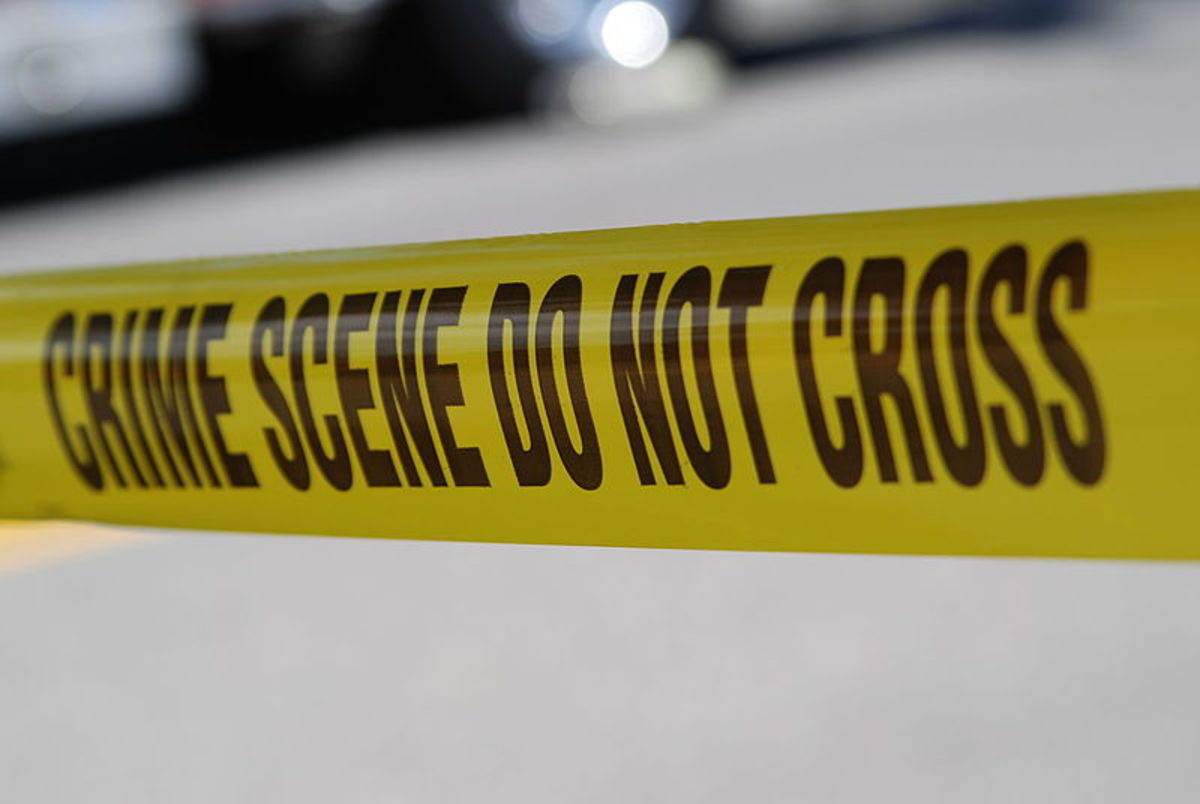 A former Army sergeant alleges in a lawsuit that he was stuck in jail for almost three years for crimes he did not commit due to malicious prosecution by the Fayetteville Police Department and because of incompetence on the part of two top lawyers in the Cumberland County Public Defender's Office.

The plaintiff is 33-year-old Gerard Atkinson of Fayetteville. Atkinson was charged in January 2017 with attempted murder and assault with a firearm on three Fayetteville police officers who were sent to check on him after he called a suicide hotline.

The police arrested Atkinson, the lawsuit says, because during Atkinson's suicidal crisis his gun discharged and the bullet went through a window toward the street at the same time officers were in the vicinity and walking to his house. No one was injured.

Atkinson said in an interview this month with The USA Today Network that the gunshot was unintentional. It happened, he said, when he put the weapon down after deciding not to kill himself.

The attempted murder and assault charges were dropped in December with Atkinson's guilty plea to two misdemeanors charges: discharging a firearm in the city limits and resisting a public officer.

His sentence was 30 days in jail. Atkinson was released immediately because he had already been locked up for 1,065 days.

Atkinson said he should have been freed much sooner, and, he believes, without a criminal conviction.

He said his first lawyer saw him only twice in his first 28 months in jail, and he never saw his second lawyer.

Atkinson's third lawyer got him out of jail within 30 days of meeting him, he said.

Atkinson further contends in his lawsuit that a racially offensive social media post by former Cumberland County Chief Public Defender Bernard Condlin in early June indicates that Condlin, who was his second lawyer and supervised his first lawyer, should never have represented him.

Condlin resigned from office because of the social media post. He is white; Atkinson is Black.

This month the lawsuit was moved to federal court at the city's request.

Some of the lawsuit's accusations include:

Response to the lawsuit

The city and state Attorney General's Office declined to discuss the specifics of the lawsuit.

“Given that the matter is still pending there is no comment on the facts, however, responses to the lawsuit and motions to dismiss will be filed,” said Police Department attorney Michael R. Whyte.

“The lawsuit presents just one perspective on the matter,” she said.

A private lawyer for one of the officers filed a motion to dismiss the lawsuit. The motion says the evidence shows the police had lawful reasons to charge Atkinson. The motion said this evidence includes Atkinson's guilty plea to the misdemeanor charges.

The dismissal motion further argues the officer is shielded from the lawsuit under the public officer doctrine. Police officers are shielded from liability lawsuits unless there is evidence that they were corrupt or malicious or acted outside and beyond the scope of their duties.

The portion of the case against Condlin, Smith and N.C. Indigent Defense Services has been temporarily dismissed. Porter said he and Noble plan to file new, separate litigation against them and seek $2 million in restitution.

Atkinson's time in what his lawsuit describes as “legal purgatory” started on the evening of Jan. 6, 2017, at his home in western Fayetteville. At the time, he was a sergeant in the Army stationed at Fort Bragg and his wife and children were in South Carolina, he said, staying with relatives because he had a long deployment to Afghanistan pending.

The power to the home had been cut off because Atkinson got behind on the bills and he was out of money, he said. And the Army had begun taking steps to kick him out of the service with a dishonorable discharge because he had been arrested and charged with driving while impaired.

The drunken driving charge was later dismissed, and Atkinson was separated from the military while he was in jail.

A dishonorable discharge would have made it hard for Atkinson to get a job and support his family, he said.

Atkinson sat by his living room fireplace with just a candle for light and a bottle of Crown Royal whiskey, he said. He contemplated putting his .45-caliber Ruger pistol to his chest and pulling the trigger.

“I really thought that my family would be better off without me,” Atkinson said, because his wife and children would get about $500,000 in death benefits.

But Atkinson thought about his son and daughter, he said. They now are ages 8 and 4.

“I just couldn't — I couldn't do it, man,” Atkinson said. “You see your kids, like ,growing up without you. And you know it was just like that kind of snapped me back into reality.”

Atkinson called a suicide prevention hotline that the Army had trained him to use in times of crisis, said lawyer Porter.

The hotline staff called 911 to report the situation, the lawsuit says. Three police officers and an emergency medical services crew were dispatched, the suit says. Atkinson said he did not know they were coming.

After deciding not to kill himself, Atkinson said, he removed the ammunition magazine from his pistol. But a round remained in the gun's chamber. The gun discharged, he said, as he placed it on an entertainment stand that held a TV in front of the living room window. The lawsuit says the drapes and blinds were closed.

The bullet went through the window, struck a post on the front porch and allegedly hit a tree in the front yard, the suit says.

At this time, the lawsuit says, two police officers were in front of the house next door and the third was two houses down the street.

Atkinson said he went outside to see where the bullet went, then lay down on the couch in his living room and fell asleep. He didn't see the police on the street and the police didn't see him, Porter said.

Atkinson said he woke to the sound of pounding on the door. Officers at the door in tactical gear pointed shotguns, rifles and handguns at him, he and Porter said.

“All of the officers agreed that he opened the door voluntarily and cooperated, and there was no incident whatsoever within his arrest. That he was completely cooperative,” Porter said.

Atkinson said he told the officers where his gun was and that the gunshot was an accident.

The suit says comments recorded by the police officers' body cameras show some thought Atkinson shot at them and others disagreed.

Direct quotations of what the officers said are redacted from the publicly available version of the lawsuit. The Police Department insisted that the videos remain shielded from the public, Porter said, and they are protected by a court order.

Assistant Public Defender David Smith was assigned to Atkinson's case a few days after Atkinson's first appearance in court, the lawsuit says. Smith was with the Public Defender's Office for 22 years and handled some of its highest-profile cases before his retirement last August.

Following that visit, “The plaintiff would not see or hear from his attorney for another eighteen months,” the lawsuit says. In the meantime, Atkinson had written to Smith, Condlin, the State Bar and judges “begging for communication with his lawyer,” the suit says.

Atkinson saw Smith for the second time in February 2019, the lawsuit says, and they met again in April and July.

“I kept pressing him and telling him, 'Hey, can we — can we please go to trial? Can we hurry up and go to trial?'” Atkinson said. “'Because I want all the evidence that they have presented. I want it all presented before me and laid out before me.'”

Atkinson, who has a degree in criminal justice from Fayetteville State University, told Smith he wanted a probable cause hearing, Atkinson and Porter said. That is where a prosecutor must show a judge the evidence that law enforcement has for the charges. If the evidence indicates the police lack a valid reason to charge the defendant, state law requires the judge to dismiss the charges.

Atkinson also wanted Smith to request the police body camera footage and other evidence against him because he believed it would demonstrate his innocence, he said.

Smith asked for all the evidence but was never given the body camera video and did not further pursue it, Porter said.

Instead, Smith brought Atkinson a proposed plea bargain in which he would be convicted of assault with a deadly weapon with intent to kill, a felony, the lawsuit says.

“I agreed to it only so that I could go to court so I could speak in front of a judge, because no one was taking me seriously,” Atkinson said. He wanted a new lawyer.

Yet he still didn't get his day in court.

Smith last visited Atkinson in August of 2019 to report he was retiring and Condlin would take over the case, the suit says. Atkinson never saw Condlin, he said.

The case made no progress until November, and only after he wrote a letter in October seeking help from Senior Resident Superior Court Judge Jim Ammons. Ammons told Condlin to respond to the matter, Porter said.

In November, Atkinson was taken to the courthouse for a hearing in which he was scheduled to plead guilty to felony charges, the lawsuit says. He met Assistant Public Defender Cindy Black.

She had been sent to handle the plea bargain that Smith had arranged, Porter said.

Atkinson told her his story.

Black arranged for Atkinson to take a polygraph examination on whether he shot at the officers, which he said he passed. Then she arranged a new plea bargain: The charges of assault and attempted murder would be dismissed, and Atkinson would plead guilty to misdemeanors of discharging a firearm in the city limits and resisting a public officer.

The maximum potential punishment: A $50 fine plus 60 days in jail.

On Dec. 4, District Court Judge Robert Stiehl sentenced Atkinson to 30 days in jail, which he had long-since served. He was set free.

“I just still couldn't believe it,” Atkinson said. And he was hungry. “I wanted to get some Denny's — a cheese steak omelet. I just needed to get some food.”

While he was in jail, Atkinson's wife divorced him. He said he's seen his children only once since getting released.

Now Atkinson lives in transitional housing for former prisoners and is in a job skills program, he and Porter said. The publicity from Atkinson's arrest still lives on the internet, so he's been rejected by potential employers and landlords, Porter said.

He is in counseling for depression, panic attacks and post-traumatic stress disorder, they said.

Atkinson hopes to get back on his feet soon and eventually start a real estate company and a construction company. He also wants to work with youth football, as he had been a linebacker for the Broncos at Fayetteville State University and remains passionate about the game.

Paul Woolverton can be reached at pwoolverton@fayobserver.com or 910-261-4710.

Related: A proposed law would let troops get mental healthcare without having to let their units know