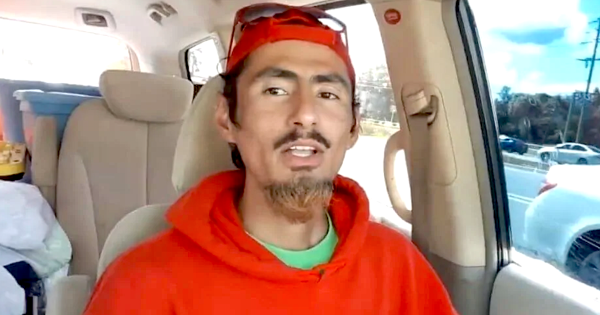 A series of disturbing YouTube videos led to federal charges against a self-described racist who has openly fantasized about killing “hairy people of any race” and burning black people and soldiers.

Mostafa Hussaini, 34, has posted dozens of videos on the platform, many of which were recorded in Miami and show him ranting incoherently and discussing his racist views.

“Imagine burning a black person, because I don't like blacks,” he said in a Dec. 8 video, which was still online Monday afternoon.

“I don't know any blacks. I cannot even name any blacks,” Hussaini continued as he poured gasoline on a grill in an unknown public space. “Imagine burning some black soldiers. They are going to look very black. I can burn thousands, millions of them.”

The FBI learned of the videos early last week after a viewer alerted police in Miami, according to a criminal complaint obtained by the Daily News. Hussaini, whose last known address was in Totowa, N.J., was arrested without incident and charged with transmitting threatening interstate communications.

In an October video, the suspect sets a living parakeet on fire and claims he killed the bird, who was apparently named “Jesus,” because he hates Christians and wants to kill all of them, according to the FBI. In the same video, he repeatedly uses racial slurs and rants about military members, several religions and people with specific physical features, the complaint states.

In the description of another video, one of many that were still available on YouTube this week, Hussaini calls himself “very racist to the point of absolute racism.” He also appears to hate the mixing of races, American people, Europeans and the English language.

His online persona is identified as Vam Vima and he often refers to himself in the third person.