The FBI’s Arrested A New ‘Snowden’

Federal prosecutors said Wednesday they had arrested a National Security Agency contractor and charged him with stealing classified intelligence documents... 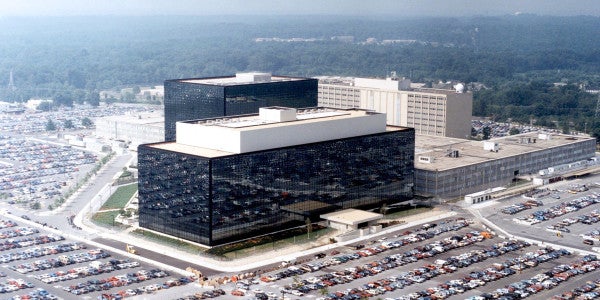 Federal prosecutors said Wednesday they had arrested a National Security Agency contractor and charged him with stealing classified intelligence documents and digital files, the second time in three years that a contractor has been accused of taking secrets related to the agency’s surveillance programs.

Authorities are investigating whether the contractor stole material concerning highly classified software and computer codes that the NSA uses to spy on computer networks in other countries, a U.S. official said.

The latest security breach suggests continued vulnerabilities at the NSA since Edward Snowden copied and gave to journalists more than 1 million highly classified documents and files on the agency’s electronic and digital surveillance programs at home and abroad.

The scope of the 2013 leaks forced the NSA to spend hundreds of millions of dollars to repair the damage, and prompted the White House and Congress to curtail some of the NSA’s domestic spying operations.

Harold Thomas Martin III, 51, was secretly arrested in August after an FBI search of his vehicle and residence found “hard copy documents and digital information stored on various devices,” including “six classified documents obtained from sensitive intelligence” from 2014, according to a Justice Department complaint unsealed Wednesday.

The complaint alleged that the documents and digital files are “critical to a wide variety of national security issues” and that they reveal “sensitive sources, methods and capabilities” whose disclosure “could be expected to cause exceptionally grave damage to the national security of the United States.”

The complaint, filed in U.S. District Court in Baltimore, charges Martin with unauthorized removal and retention of classified materials, which carries a maximum one-year prison sentence. He also is charged with theft of government property, an offense punishable by up to 10 years behind bars.

Most of the material was classified as top secret or “sensitive compartmented information,” meaning the data is among the most highly protected and may relate to covert intelligence operations, according to the complaint.

The FBI is still investigating whether Martin was behind the leak of sophisticated NSA hacking tools in August, the month he was arrested.

The classified material was put on public websites by an online group calling itself Shadow Brokers. The NSA declined to comment at the time.

Like Snowden, Martin worked as a contractor for Booz Allen Hamilton, a Virginia-based business that provides management and technology consulting services to U.S. defense and intelligence agencies.

The company said in a statement that it had fired Martin after learning of his arrest. “We continue to cooperate fully with the government into its investigation of this critical matter,” it said.

Snowden, who was charged with espionage, is now a fugitive and is believed to live in Moscow.

He has argued that he stole and leaked the documents to publicize government abuses. His supporters have sought unsuccessfully to convince President Barack Obama to grant him a pardon.

Martin’s motives remain unknown, officials said. It also wasn’t clear whether he took the documents recently or over a period of years. Some apparently were from 2014, a year after news outlets rocked the intelligence community by publishing Snowden’s voluminous leaks.

In the wake of the Snowden scandal, Booz Allen said it had launched new ethics training for employees to prevent future leaks. The Pentagon, the parent department for the NSA, began its own “insider threat” program, aimed at identifying employees who mishandle classified information.

Officials said the case was kept sealed for more than a month to give investigators time to determine whether Martin had passed U.S. secrets to a foreign government or anyone else. He has not been charged with doing so.

Martin’s attorney, Jim Wyda, the federal public defender for Maryland, said in a statement that the charges remain unproved.

“At this point, these are mere allegations,” he said. “There is no evidence that Hal Martin intended to betray his country. What we do know is that Hal Martin loves his family and his country. He served our nation honorably in the United States Navy, and he has devoted his entire career to serving and protecting America. We look forward to defending Hal Martin in court.”

During the FBI search of his residence on Aug. 27, Martin initially denied that he taken any documents or digital files but changed his story after he was “confronted with specific documents,” according to an FBI affidavit in the complaint.

“Martin stated that he knew what he had done was wrong and that he should not have done it because he knew it was unauthorized,” the affidavit added.

“This was done intentionally, and when you are a government employee you swear an oath to protect sensitive information,” Assistant Attorney General John Carlin, head of the Justice Department’s national security division, said on CNBC.

Martin has been in custody since a federal court appearance in Baltimore after his August arrest.

Martin’s home in Glen Burnie, a nearby suburb, is about 10 miles from NSA headquarters at Fort Meade, Md. Prosecutors said the FBI found some of the NSA documents in two storage sheds on the property.

A native of Wisconsin, Martin is believed to have worked for Booz Allen for less than a decade. He was in the Navy for five years, according to Pentagon records.

Martin served as a lieutenant aboard the Seattle, a combat support ship, during the 1991 U.S.-led invasion aimed at ousting Iraqi forces from Kuwait, and was awarded the Kuwait Liberation Medal. He later joined the Navy Reserve, becoming inactive in 2000.

“This alleged new theft of classified information by a contract employee is deeply distressing,” said Rep. Adam B. Schiff, D-Calif., ranking member of the House Intelligence Committee, in a statement.

Schiff said it was “painfully clear that the intelligence community still has much to do to institutionalize reforms designed to protect in advance the nation’s sources and methods from insider threats.”

“Is this an area where we have tried to improve on and focus on? Yes,” Rogers said. “Look, if you want to guarantee that you’ll never have an insider challenge — boy, that is really problematic.”