A convicted felon jumped a fence and stole a grenade launcher, rifles and other weapons from an Army National Guard... 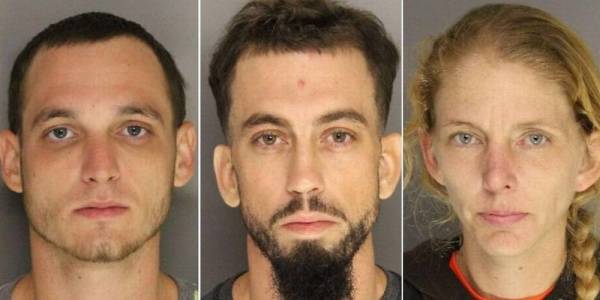 A convicted felon jumped a fence and stole a grenade launcher, rifles and other weapons from an Army National Guard armory in Lancaster that had an unsecured door, prosecutors said.

Brandon Shane Polston, 33, of Lancaster, was identified as the thief in the Thanksgiving Day 2017 heist of the weapons. He later traded them for drugs and money, said Assistant U.S Attorney for South Carolina Stacey Haynes.

Polston was sentenced Friday to 10 years in federal prison.

The sentence is the maximum allowed under a plea agreement, records show. Polston pleaded guilty to possession of a destructive device not registered to him, possession of machine guns and possession of weapons by a convicted felon, according to prosecutors and federal court records.

Polston had been out of a South Carolina prison for a few months when he stole the guns, Haynes said.

“Polston admitted that on Thanksgiving Day, he jumped the fence of the Armory, where he found the building unsecured and no one present,” Haynes said. “The investigation has not uncovered any plan by any other person to assist Polston in the theft. Polston stole the firearms and other items and hid them in nearby woods.”

Polston and Austin Lee Ritter, 23, and Kimberly Denise Cannon, 40, all have been sentenced after pleading guilty. Ritter received 87 months in prison, and Cannon was sentenced to two years in prison.

The trio was arrested after Cannon was caught littering while driving the day after Thanksgiving in 2017, prosecutors said.

After the traffic stop, Polston and Ritter were found at a Lancaster motel with meth.

A review of surveillance video from the motel showed Polston, Ritter and Cannon bringing bags with firearms back and forth between the vehicle and the motel room, police and prosecutors said.

Searches of their cell phones revealed photos and text messages relating to the firearms and sale of the firearms, Haynes said.

“Hit me up big BUSINESS,” said one message seized, according to an ATF agent affidavit submitted to the federal court.

After the weapons were seized during the traffic stop, Lancaster police went to the armory on Nichols Road. Police found the doors and gun vault unsecured, federal ATF agents said in a court affidavit.

A team from the State Law Enforcement Division responded, and found the National Guard officials at the armory were “unaware of the theft of items and the unsecured building,” the federal affidavit said.

Polston told police he traded a gun to a Lancaster man in exchange for heroin.

Polston gave a woman in Rock Hill an M-16 rifle and received methamphetamine from her, Haynes said.