A report from the nonprofit RAND Corporation held focus groups with more than 1,000 active-duty women, who cited perceived gender bias and discrimination that left them "sometimes feeling not valued or respected" 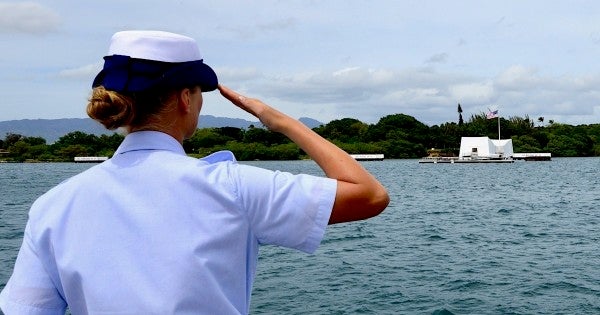 One of the U.S. Coast Guard's earliest female officers is urging women to “remain strong and tough” as the service tries to find ways to encourage them to stay.

Women are leaving the Coast Guard at higher rates than men — which means fewer at higher ranks.

“There's very much an overt focus on women because it's my opinion that the value and diversity women add to the service is making it stronger and more resilient,” Oveson said. “There's a time you could look up and there were no women in leadership roles, and that's not the case today.”

Sarah Shores, who served for two decades, encouraged women to stay in, saying, “It's well worth sticking it out, because it's a great organization.”

A report from the nonprofit RAND Corporation — sponsored by the Coast Guard Office of Diversity and Inclusion — held focus groups with more than 1,000 active-duty women, who cited perceived gender bias and discrimination that left them “sometimes feeling not valued or respected,” concerns about sexual harassment, issues with career advancement, and strain on their families, including having or raising children, said lead author Kimberly Curry Hall.

Coast Guard Commandant Adm. Karl L. Schultz said in a statement, “This study will help drive key areas for improvement for women's retention in the Service.”

Vice Commandant Adm. Charles W. Ray said, “Although the Coast Guard enjoys one of the highest retention rates among the five military branches, we must do better. This study is an important element in our broader effort to recruit and retain an inclusive and diverse workforce.”

But the number of women entering the Coast Guard has grown. When Oveson graduated from Coast Guard academy in 1983, women comprised only 10 percent of her class. Now, women make up 41 percent of classes — the highest of any of the service academies, she said.

“Back then, there was still a large, overriding rejection of having women be at the academies … you just powered through,” Oveson said. She said she experienced harassment, but “kept pushing through.”

Her son's fiancee, current service member Sierra Webb, was one of two women aboard a cutter with about 80 crew members. Webb said she had to “learn how to still have a female voice” on the ship, adding that “It was challenging at times, because only having two females on a ship kind of makes the atmosphere a little more male-dominated. But all the men were very respectful.”

SEE ALSO: This Coast Guard Pilot Braved A Hurricane — And Made History In The Process