American Airlines has settled a 2016 lawsuit filed by an Army veteran who complained that the company had mistreated her because... 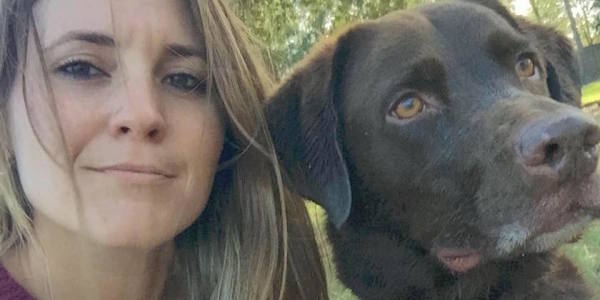 American Airlines has settled a 2016 lawsuit filed by an Army veteran who complained that the company had mistreated her because of her service dog.

Mississippi resident Lisa McCombs alleged that airline employees had blocked her from boarding a flight in Kansas two days in a row in October 2015 despite documentation showing Jake, her dog, is a service animal trained to help her with post-traumatic stress disorder. She called the experience “an emotionally scarring ordeal” that continued during a layover at DFW International Airport.

McCombs claimed that American Airlines had violated federal law that forbids air carriers from discriminating based on disability. But American Airlines argued that courts have ruled the law does not allow for McCombs to privately sue.

The woman and the airline reached a settlement late last month. Their representatives declined to discuss the terms, citing confidentiality, though both said the case was resolved “to the satisfaction of all parties.”

Matt Miller, a spokesman for the airline, thanked McCombs for her military service.

McCombs, whose service took her to Iraq and Afghanistan, told a federal court that her dog, Jake, was trained to move his body close to hers to distract her during panic attacks. On the day of the flight, Jake was harnessed and wearing a vest identifying him as a service animal, but American Airlines representatives gave her conflicting information and treated her and her dog with disdain even though she had a doctor's letter, according to her lawsuit.

“Ummmm, are you trying to fly with that?” McCombs says an airline employee told her.

The issue of how to accommodate fliers with disabilities and their animals in plane cabins has come under increased scrutiny as travelers show up to their flights with all kinds of creatures — a pig in Connecticut, a duck in North Carolina and a peacock in New Jersey, for instance.

Delta and United Airlines recently decided to tighten their rules for service animals as the perception grows that some travelers are acting fraudulently by bringing in pets. Miller said American Airlines is also reviewing its policy, but not in response to a particular incident.

“Our goal is to protect our team members and our customers who have a need for a service or support animal,” he said.

A key distinction for airlines is the kind of assistance that animals provide to travelers.

Airline employees are instructed to look for clues such as harnesses or tags identifying service animals, or they can ask a flier what kind of assistance the animal provides.

That can be obvious with guide or hearing dogs, but the relief offered by animals that help with mental impairments might not be as conspicuous.

Generally, airlines can't require that a traveler show documentation to allow a service animal in the cabin — that is, unless the traveler fails to give “credible verbal assurance,” per federal rules. Yet when it comes to emotional support animals and “psychiatric service animals,” federal officials allow airlines to request specific documentation and advanced notice 48 hours before the flight.

Certain animals don't have to be allowed in the cabin at all, according to the U.S. Department of Transportation. That list includes snakes and other reptiles, ferrets, rodents, sugar gliders (a kind of possum) and spiders. Airlines also have the flexibility to bar entry to animals that are too large for the cabin, too disruptive, or a risk to the safety of others.

Miller's advice for travelers with animals is to call the airline ahead of time to ask questions or to add a note to their reservations.

“In the instance of service animals, it's always particularly helpful,” he said.