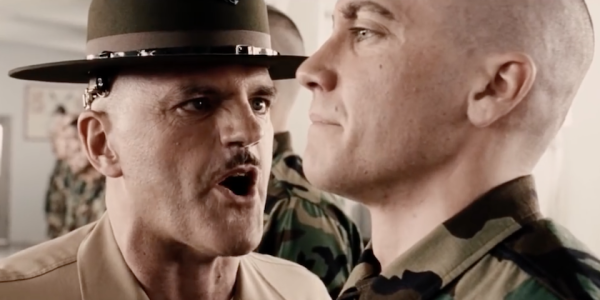 As if we needed even more evidence that the military is an incubator for all that is good and righteous in the human soul, a new study has concluded that people who swear more are more likely to be honest. As in, that noncommissioned officer who can’t get through a PowerPoint presentation on the Army’s equal opportunity policy without saying “fuck” at least 50 times, or that Marine who yells, “time to taste the rainbow, motherfuckers!,” whenever they discover a bag of Skittles in their MRE, well, they’re just more deserving of your trust than people who generally opt for a more genteel approach.

The study was conducted by a bunch of fucking researchers from the University of Cambridge, Maastricht University, Hong Kong university, and Stanford, who, as The Independent reports, studied 276 people in a lab as well as the social interactions of 73,789 people on Facebook, measuring the “average profanity scores against the integrity index for each U.S. state.” Whoa! That’s a fuck-ton of data.

The majority of the people studied in the lab told researching that they swore to express their negative emotions and their true self. In other words, when they swore, they felt like they were being more honest about how they felt. It’s like if someone asks me if I’d like to try bath salts. Simply answering “no” really is not honest enough. But if I say, “fuck no, get that shit away from me you fucking crackhead,” they know with 100% certainty that I do not want to get so high that I take off all my clothes and go full zombie-mode another man’s face.

The study, which will be published in the Social Psychological and Personality Science journal, concluded that there is “a consistent positive relationship between profanity and honesty; profanity was associated with less lying and deception at the individual level and with higher integrity at the society level.” According to my calculations, that means the military, where “fuck you” and “fuck off” are basically shorthand for “how are you today, good sir?,” might be the most honest place in the world.

“The main thing we found is if you filter your language when speaking then you’re probably also filtering what you’re saying as well,” the co-author David from the University of Cambridge told The Independent. “You are less likely to be about what you think and more about what you think other people want to hear.” Adding, “Someone who does not filter their language, so swears, is more likely to be saying what they think to be true so are being more honest and genuine from their perspective.”

This really great fucking news. My whole life I thought I swore a lot because I was too dense and lazy to develop a strong vocabulary. Now I know for a fact that I swear because I’m simply a wellspring of truth. And also because I’ve got a huge and powerful brain: In 2015, a study found that intelligent people swear more than your average joe — or, as those eloquent (read: dumb) motherfuckers over at The Independent put it, “the study concludes that a rich vocabulary is sign of swear words is a sign of rhetorical strength rather than the attempt to hide verbal deficits.”