A new online travel booking platform will ensure the "best deals" possible for current and retired members of the U.S. military, as well as Department of Defense civilians. 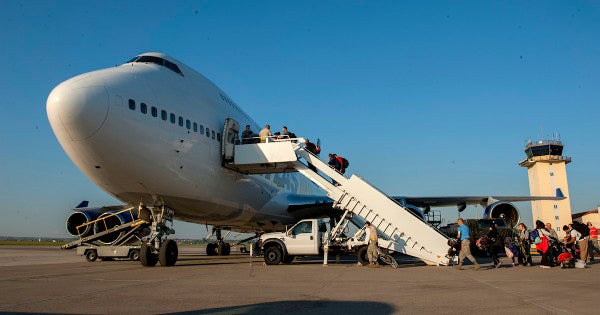 A new online travel booking platform will ensure the “best deals” possible for current and retired members of the U.S. military, as well as Department of Defense civilians.

The Department of Defense partnered with Priceline to create the American Forces Travel website that launched Tuesday.

“It is a unique and unprecedented travel service: a global collection of exceptional deals, assembled in a single place and available only to the United States military community,” a press release said. “American Forces Travel was developed to ensure that when authorized members book personal travel, they will have ready access to the best deals that the global travel industry has to offer.”

The website will give the DoD's 1.3 million employees access to hotel, flight, car rental and cruise brands. According to the press release, more than a million hotel deals will be available in more than 71,000 destinations around the globe.

Perhaps the biggest selling point, the site will offer privately negotiated deals that will be available only to the military community.

“Until now, leisure travel was typically handled by travel agents on military bases,” the press release said. “The DoD chose to create a new online platform that was modern, fast and widely accessible, and to populate the site with the broadest and deepest collection of travel deals as a way to thank the military community for their service.”

Priceline was selected at the end of a competitive bidding process among many of the largest online travel agencies.

“American Forces Travel was developed for a simple reason. The people who support the United States of America through military service have earned access to the world's most exclusive travel deals,” said Brett Keller, Priceline's CEO. “We were thrilled to be selected by the Department of Defense, and have worked closely with them over the past year to bring the site to life.”

American Forces Travel also will feature “package” or “bundled” booking options — a way for users to save even more when they travel. A bundled booking combines private rates that typically are accessible only in a package. The savings can run into the hundreds of dollars, which would not be available if a traveler booked each travel element independently, the release said.

All transactions on American Forces Travel will generate a commission that will support Quality of Life programs within each service branch.

American Forces Travel is open to all military and military-affiliated personnel who are eligible to use Morale, Welfare and Recreation programs. First-time users will be asked to verify their eligibility with the Department of Defense. The verification process is secure and requested information will not be retained.

For more information, go to americanforcestravel.com.

SEE ALSO: There's A Secret Hideaway In The Heart Of Disney World Just For The Military

WATCH NEXT: The Top 10 Veteran-Friendly Colleges Of 2019