Editor’s Note: This article by Matthew Cox originally appeared onMilitary.com, the premier source of information for the military and veteran community. A U.S.... 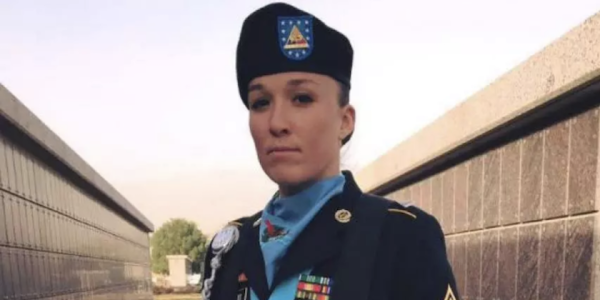 A U.S. Army staff sergeant is the first female enlisted soldier to graduate from Ranger School, joining a small group of women to earn the coveted Ranger Tab.

Newsweek first reported on this story.

Benning released few details on Kelley’s graduation from the course; officials did not say whether it was her first attempt or when she entered the pipeline.

“Ranger Class 08-18 began the last week of July 2018 with 347 students and graduated today with 127 students,” Ben Garrett, spokesman for Benning’s Maneuver Center of Excellence, said in an email.

It’s been just over three years since the Army opened the traditionally all-male course to women in April 2015. Out of the 19 women who originally volunteered for that first coed Ranger class, Capt. Kristen Griest and 1st Lt. Shaye Haver became the first women to earn the distinctive gold and black shoulder tab that August.

Some have accused the Army of lowering the standards to make it easier on women, but senior leaders and Ranger instructors have disagreed, maintaining that the standards have remained the same.

Ranger School was originally created in 1952 and has become the Army's premier infantry leadership course; an ordeal that pushes students to their physical and mental limits.

Only about 40 percent of male students successfully complete the course on average, Army officials say. And only about 25 percent of Ranger School students graduate without having to repeat at least one of the course’s three phases.