Concluding a week of firsts for female officers in the Marine Corps, military officials announced Friday, Sept. 29, that the... 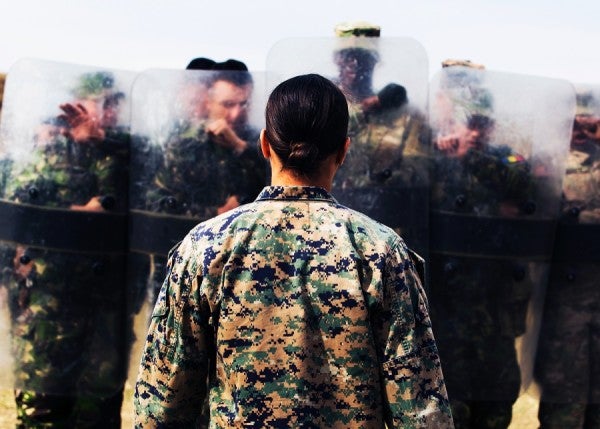 Concluding a week of firsts for female officers in the Marine Corps, military officials announced Friday, Sept. 29, that the first woman is set to graduate from the 12-week Assault Amphibian Officer Course.

The armored, full-track vehicles carry troops and their supplies to shore during amphibious assaults or in disaster relief. These vehicles, in operation since the 1970s, weigh more than 25 tons and are armed with a .50 caliber machine gun and a 40mm rapid fire grenade launcher. They can travel across land at 45 mph and can surf 10-foot waves.

The female Marine, whose name will be released by the Marine Corps next week, is set to graduate on Tuesday at Camp Pendleton. The 3rd Assault Amphibian Battalion based at Camp Pendleton is also one of the first combat units to include women.

In June 2012, Staff Sgt. Nanette Lugo became one of a handful of female Marines assigned to the battalion with the 1st Marine Division. Her assignment foreshadowed a January 2013 announcement by outgoing Defense Secretary Leon Panetta to lift the ban on women in combat roles.

In her role then, Lugo handled supplies for the battalion which ranged from bots to $2 million assault vehicles.

“Popular, and often uninformed, conceptions of gender limits for too long have circumscribed opportunities for women to participate fully in military service,” he said. “More recently, however, women are proving that these outdated assumptions quite simply are wrongheaded.”