In June, a jury convicted Air Force veteran Byron Mitchell of attempted murder and false imprisonment for the Feb. 14, 2016, attack that left Danielle Cabo Jones in a coma for nearly one month 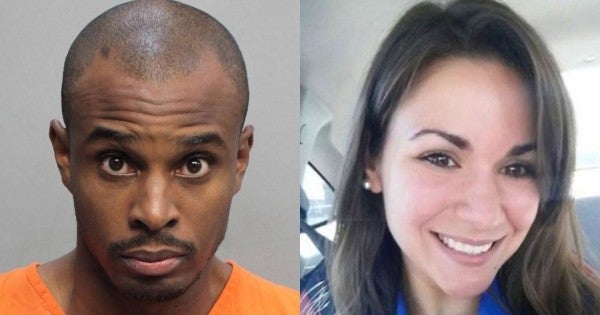 Nearly four years after she was almost beaten to death by a roommate she found on Craigslist, Danielle Cabo Jones appeared in a Miami courtroom wearing makeup to hide the remaining scars on her face.

The damage, however, runs deeper. The brutal attack severely damaged her brain, leaving her with sustained memory loss.

“I'm still hopeful that every day I'll get slowly better but I feel my life has been destroyed.”

For destroying that life, her attacker Byron Mitchell, 39, was sentenced Monday to life in prison. In June, a jury convicted him of attempted murder and false imprisonment for the Feb. 14, 2016, attack that left Jones in a coma for nearly one month.

Prosecutors said Mitchell attacked Jones, who was 23 at the time, inside their Overtown apartment. The two met after Jones placed a Craigslist ad looking for a roommate. They were living together just over a week.

Mitchell grew obsessed with Jones, and became so angry that she had no interest in him that he beat, choked and stabbed Jones. At trial, jurors rejected Mitchell's claim that he acted in self-defense.

The sentence was imposed by Miami-Dade Circuit Judge John Schlesinger, a longtime judge who said most of the women who endure the “savagery and brutality” of similar attacks don't survive.

Schlesinger rejected leniency for Mitchell, a former U.S. Air Force serviceman who sought to portray himself as having been bullied as a child, and affected by mental health woes stemming from head trauma he sustained in his youth.

“Despite his behavior following the military, he didn't get evaluated, or counseled… he got reprimands,” clinical psychologist Dr. Michelle Quiroga testified. “He did not get the help that he needed.”

But the judge said he did not find the struggles with mental health in school and during his years with the Air Force “particularly persuasive.”

The state portrayed Mitchell in a much more sinister light.

Miami Detective Anthony Reyes, the lead investigator on the case, told the judge that Mitchell was a serial stalker of women.

He tried to apologize to Jones.

“Danielle, I've heard everything that you said. We haven't talked in what seems like it's four years,” Mitchell said. “You said that you had issues with moving forward through life… don't let a single incident hold you back.”

She walked out of the courtroom.