Saying she had never seen a case quite like it, a federal judge Monday sentenced a South Florida man to... 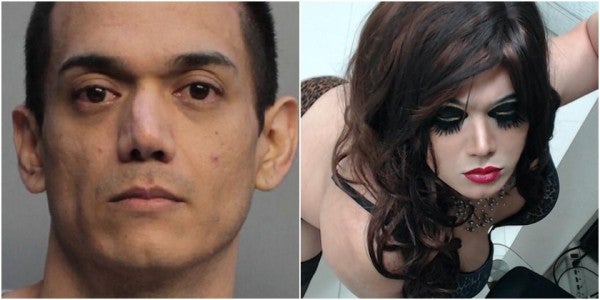 Bryan Deneumostier, 33, admitted engaging in sex with 150 men — with just over half unaware of his production of the secret videos, according to his plea agreement. The images were distributed on a Spain-based website, “StraightBoyz,” that promised gay men videos of real straight men being conned into accepting sex acts, all while blindfolded or wearing blacked-out goggles.

“It’s quite unusual and I can’t say I’ve ever had one like this before,” U.S. District Judge Cecilia Altonaga said.

Altonaga increased Deneumostier’s punishment by more than one year above the federal sentencing guidelines because she believed they were too lenient for his actual crime. But the judge refused to impose an eight-year sentence sought by prosecutors. Assistant Federal Public Defender D’Arsey Houlihan asked for a sentence between one and two years, which fell within the guidelines.

Deneumostier, known by the screen name “susanleon33326,” pleaded guilty in September to two counts of unlawful interception of oral communications — which combined carried up to 10 years in prison.

But that violation did not begin to capture the nature of his sex-video business. One victim testified in court that he had sex with Deneumostier multiple times at his Homestead home but didn’t have a clue he was secretly recording their encounters.

“My parents started looking at me a lot differently — they actually saw the videos,” the victim told the judge. “I was a laughing stock. … When I saw those tapes, I even attempted to take my own life.”

“I am deeply and sincerely sorry for all my actions,” Deneumostier, who came to the United States from Peru as teenager, said in halting English. He said that while he has been in detention since his arrest, he has come to realize the severity of his “mistakes” and he promised not to “harm anyone” again.

In a separate state case, Deneumostier faces a statutory rape charge of having sex with a 16-year-old male but that encounter allegedly happened in a Homestead hotel, not as part of the sex-video business run out of his home.

In the federal case, Deneumostier was arrested in July on initial charges of making unlawful recordings of commercial sex acts for an adult website. Investigators believe Deneumostier helped operate the subscription-based adult site, StraightBoyz, which featured about 620 video hookups produced by him over the past four years. The Madrid-based company that owned the site paid Deneumostier $3,000 a month, according to prosecutors.

Federal prosecutors Cary Aronovitz and Mona Sedky argued that some of the victims were “vulnerable,” despite the inherent risk of answering online ads to have sex with a stranger. They also said Deneumostier threatened some men with posting their sexual encounters on the internet if they didn’t continue their encounters.

“These are highly compromised videos for this population,” Sedky told the judge, who declined to find that any of the victims were actualy “vulnerable” for the purposes of increasing Deneumostier’s prison sentence.

Agents with Homeland Security Investigations found that at least 80 of the men depicted on the StraightBoyz site were victims, never knowing their sexual encounters were being recorded and uploaded to the web.

Agents believe Deneumostier posed as a “real, heterosexual female” and posted ads on Craigslist seeking flings at “her” house near the Homestead Reserve Air Base.

“When the men ask for assurances that there are no cameras, he assured them that ‘she’s’ married to someone in the Army and she would never photograph or video them,’ ” according to a law enforcement document.

In reality, the document says, “Deneumostier is video- and audio-taping the entire sexual encounter.”