The Bay County Sheriff's Office arrested and charged Justin Timmons, 23, with murder in Leon County on Tuesday in the killing of Martin Liam Brayman, 33,  a master corporal in the Canadian military who died on Monday after being struck several times 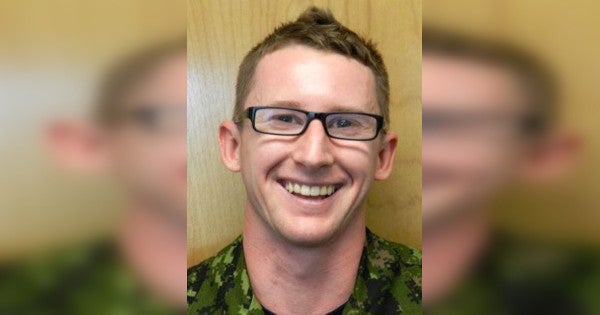 PANAMA CITY BEACH, Fla. — A Tallahassee man has been arrested for allegedly killing a Canadian military officer stationed at Tyndall Air Force Base.

The Bay County Sheriff's Office arrested and charged Justin Timmons, 23, of Tallahassee, with murder in Leon County on Tuesday in the killing of Martin Liam Brayman, 33, who died on Monday. Brayman was a master corporal in the Canadian military and died after being struck several times.

“BCSO deputies responded, along with EMS, and Martin Brayman was taken to a hospital,” a news release stated. “The victim sustained a serious head injury and died from his injuries Monday at approximately 9:40 p.m.”

According to the news release, the incident occurred Saturday after “a group of individuals” met Brayman at a nightclub after traveling to Panama City Beach.

“Brayman invited them all over to his home on Beach Drive, on Panama City Beach,” the news release stated. “Once at the home, Brayman's girlfriend and roommate became uncomfortable with the new group and the group was asked to leave. Brayman apologized and told the group they would get together later.”

The group realized they did not get any contact information from Brayman after they left and returned to the home on Beach Drive when Brayman came out to talk with them.

“According to witnesses, as the driver of the white Mercedes stood outside the vehicle and got Brayman's contact information, Timmons, one of the passengers, seemed to grow agitated as he waited in the car,” the release stated. “He got out of the vehicle, walked up to the victim, and hit him in the head. When Brayman fell, the group drove away in the Mercedes.”

Timmons will be transported to the Bay County Jail.