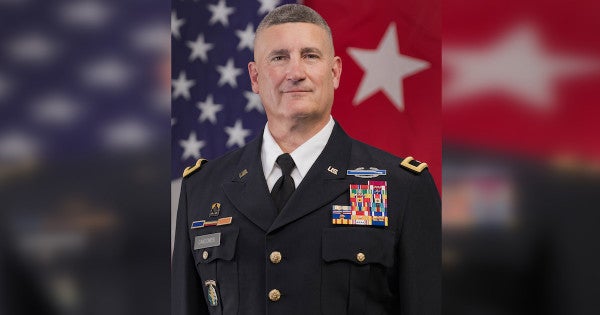 The second-ranking commander of the Florida National Guard is resigning as Army officials investigate allegations that he covered up sexual misconduct and other violence committed against soldiers.

Brig. Gen. Mike Canzoneri, the assistant adjutant general based at the Guard's headquarters in St. Augustine, announced on Tuesday that he was stepping down to avoid distractions but maintained his innocence, according to the Military Times, which first reported his resignation.

The Tampa Bay Times has reported the Guard is under investigation by the Department of the Army's Office of Inspector General into allegations of sexual misconduct and efforts to conceal them.

Maj. Caitlin Brown, a spokeswoman for the Guard, said the investigation is ongoing and that no allegations against Canzoneri have been refuted or substantiated yet.

The Tampa Bay Times reported that Canzoneri was named in an explosive letter written to a South Florida lawmaker by Maj. Elliot Potter, a Tampa-based officer in the Guard's Judge Advocate General's Corps who researched the allegations and forwarded them to his superiors.

According to the Tampa Bay Times report, Potter alleged Canzoneri and another officer “have actively concealed evidence of sexual misconduct and other acts of violence.” Canzoneri was also named by a former civilian contractor for the Guard who made sworn statements about a pattern of sexual misconduct and other wrongdoing committed by the Guard's leadership and rank-and-file.

The contractor, 46-year-old Shira Callahan, told investigators in October 2017 that Canzoneri, 56, approached her during a break at a 2011 conference and “slowly ran his hand from one side of my bare shoulder to the other,” according to the Military Times.

During the same conference, Callahan said Canzoneri made sexual gestures to a female bartender. She also alleged that he ended a two-year affair with a female soldier and transferred her after she refused to have sex with his friends, and that he also covered up wrongdoing by another officer she named in complaints, who investigators found to have created an “intimidating, hostile or offensive work environment,” according to the Military Times.

Canzoneri, who was promoted to his post in Dec. 2016, will be on administrative leave until the end of the month and will then enter the retired reserve, according to the Military Times.