"Ramamurthy used our military families, our elderly, and our disabled to bilk millions of dollars from our country's vital healthcare programs," prosecutors said. 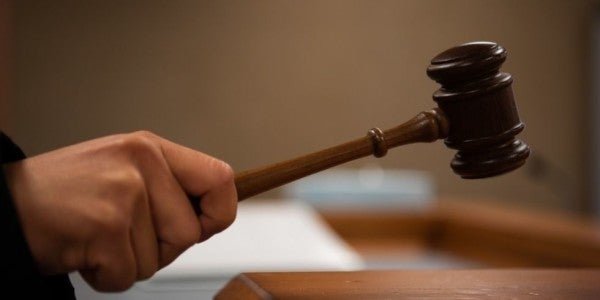 A Texas man was sentenced to 10 years in federal prison last week for his role in a complex, $9.6 million scheme that tricked U.S. military service members into ordering unnecessary prescriptions and testing at the expense of two U.S. government healthcare programs, prosecutors from the U.S. Southern District of Florida said.

Senthil Ramamurthy, 38, orchestrated a fraud on a national scale in a scheme starting in 2014, when Ramamurthy targeted Tricare, the U.S. military's health insurance program, according to prosecutors.

Ramamurthy deceived his way onto U.S. military bases using “false pretenses,” prosecutors said. There, he convinced Tricare beneficiaries to sign up for compounded prescription medications, or multiple drugs mixed together for a specific patient, that they did not need, according to prosecutors.

He also falsely told service members the drugs were custom mixed or free, but the service members were actually responsible for co-payments, prosecutors said. Pharmacies then received millions of dollars in reimbursement for expensive prescription orders, and paid Ramamurthy, who used to reside in Florida, some of the proceeds, according to prosecutors.

Prosecutors said Ramamurthy was the organizer of the fraud and admitted to recruiting several co-conspirators, “including his very own mother,” a physician who ratified prescriptions for the scheme.

“Ramamurthy used our military families, our elderly, and our disabled to bilk millions of dollars from our country's vital healthcare programs,” said U.S. Attorney for the Southern District Ariana Fajardo Orshan. “He is set to spend the next 10 years in federal prison paying for that.”

Attorneys for Ramamurthy declined to comment on the sentencing.

In mid-2015, Tricare scaled back its reimbursements for compounded medications. That's when Ramamurthy and his co-conspirators turned to Medicare, prosecutors said, paying doctors to refer beneficiaries to a lab in Georgia for genetic cancer screening testing even though the doctors had never examined the beneficiaries. Mina Patel, who owned the Georgia lab, was indicted in the Southern District of Florida in 2019.

Several others have pleaded guilty to federal criminal charges related to the fraud scheme, including Mangala Ramamurthy, 64, who is Senthil Ramamurthy's mother. Others include: Asif Uddin, 32, of Missouri; Karl Voeller, 34, of Delray Beach; Jennifer John Carbon, 48, of Miami; John Scholtes, 56, of Boca Raton; Anthony Mauzy, 43, of California; Thomas Sahs, 41, of California and Rajesh Mahbubani, 46, of Texas. They are set to be sentenced later this month.

In their sentencing memo, prosecutors said Ramamurthy “received the bulk of the spoils from his schemes, approximately $3 million, while his co-conspirators got comparatively smaller shares.” The most recent indictment filed by prosecutors in the case lists two unnamed pharmacies — one in Florida and one in Oklahoma — that received at least $6.3 million in Tricare payments, then paid Senthil Ramamurthy about $2.5 million through an unnamed company, via interstate wires.

Ramamurthy owned three companies involved in the fraud, according to prosecutors. One of them, SKR Services and Ventures LLC, was a Florida corporation that purported to market compound medications to Tricare beneficiaries, prosecutors said.

Ramamurthy used SKR to funnel some $3.4 million in kickbacks in exchange for referring Tricare prescriptions for about 1,066 beneficiaries to the two unnamed pharmacies, according to court records.

Similarly, Ramamurthy's mother would ratify prescriptions, or Carbon would forge the name of a doctor under her employ, prosecutors said.