A Florida woman thought she found a porcelain plate. Turns out it was a WWII land mine.

"Jayne, is that the thing you have in a cooler on your living room floor?" 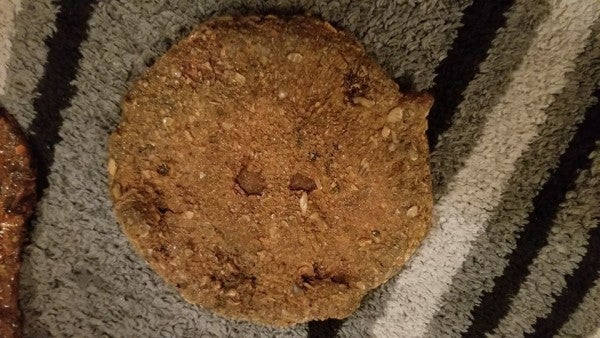 After discovering what she thought might be a porcelain plate from a sunken ship, covered in a hardened crust of shells and barnacles, beachcomber Jayne Wilson spent months chipping away at a World War II-era land mine.

Thankfully, this story doesn't have an explosive ending.

Wilson, a home health worker in Indian River Shores, about eight miles from Vero Beach, told TCPalm that she was walking her client's dog along the Atlantic Ocean when she saw a disc that looked almost like a veggie patty sitting atop the shoreline. She'd collected other items from the area in the past and, hoping that it might be some kind of antique plate, took it back to her home, stowed it in a cooler, and slowly tried to chisel away to discover the object's true nature.

In wasn't until Tuesday, when another man who found a land mine was featured in the newspaper, that Wilson realized what she had might be dangerous.

“Jayne, is that the thing you have in a cooler on your living room floor?” a friend asked her.

Wilson phoned the public safety department, which called in explosive experts from nearby Patrick Air Force Base to Wilson's house. The experts confirmed that it was a land mine from back when the area was used as a WWII training base in the lead-up to D-Day. Since the thing was in her house for months and didn't go off, Wilson reasoned that it wasn't a threat. But authorities advise that anybody who finds possible explosives on the shore should leave the area immediately and call 911.

“You got to be extremely careful — you never know,” said Indian River Shores Police Capt. Mark Shaw. “We treat it as live and able to explode at any second.”