A former Air Force intelligence officer, Monica Witt, has been charged with espionage after U.S. authorities say she defected to Iran and shared highly classified information with the Iranian government 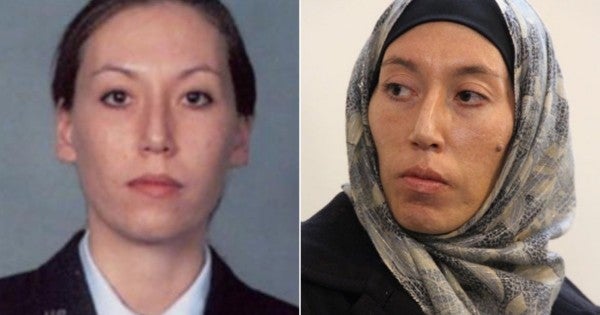 A former Air Force intelligence officer, Monica Witt, has been charged with espionage after U.S. authorities say she defected to Iran and shared highly classified information with the Iranian government.

Demers described the indictments as a confluence of two streams of national security cases.

The first stream charges Iran and “other foreign adversaries” with engaging in malign cyber activity. That includes disrupting Internet feeds, theft of intellectual property, hacking emails and use of “cyber tools” against the United States. The Iranians allegedly “targeted, through social media and other cyber-enabled means, at least eight U.S. government agents, all of whom at one time worked or interacted with Monica Witt.”

The second aspect of the investigation was centered around “former members of the intelligence community,” including Kevin Mallory, a CIA operative convicted last year of spying for the Chinese government.

The indictment charges that Witt — who remains at-large — was valued by Iran because of her security clearance.

“Following her defection to Iran in 2013, she is alleged to have revealed to the Iranian government the existence of a highly classified intelligence collection program and the true identity of a U.S. intelligence officer, thereby risking the life of this individual,” Demers said in his remarks. “In addition, she is alleged to have conspired with the Government of Iran to research, in some instances through social media, and create target packages – documents that enabled the Government of Iran to identify, track, and neutralize U.S. counterintelligence agents.”

“It is a sad day for America when one of its citizens betrays our country. It is sadder still when this person, as a member of the American armed forces, previously invoked the aid of God to bear true faith and allegiance to the Constitution of the United States and to defend her country against foreign enemies,” he said. “Monica Witt is alleged to have done just this.”