It was Christmas night, and former Army Ranger Fernando Duarte had just won a prize while playing the slot machines... 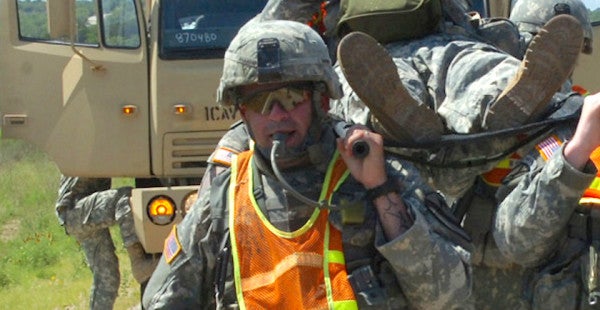 It was Christmas night, and former Army Ranger Fernando Duarte had just won a prize while playing the slot machines at the Miccosukee Resort & Casino, his family said.

Moments later, Duarte, 33, was fighting for his life after being shot in the leg and wrist in the parking lot of the West Miami-Dade resort, according to Miccosukee police. Duarte died later in surgery.

It wasn’t clear Tuesday exactly what Duarte won or if the winnings had anything to do with his death.

According to Miccosukee police, Duarte got into “a brief verbal altercation” with Mikey Tyquan Lenard and Kenin Sherrod Bailey inside the casino at 500 SW 177th Ave. just before 7 p.m. Christmas night. The fight escalated in the outside parking lot.

There, police said, Bailey, 25, fired his weapon from inside a car being driven by Lenard, also 25. One bullet struck Duarte in the lower leg. The other hit him in the wrist.

He was taken to Kendall Regional Medical Center, where he died during surgery, police said.

“The co-defendant [Lenard] operated the motor vehicle and actively sought out the victim in the parking lot,” a police officer wrote on Bailey’s arrest affidavit.

Related: Fort Lewis Soldier Killed After House Party Was Just About To Deploy To Iraq »

Bailey and Lenard were captured by police and both were charged with first-degree murder. They were taken to the Turner Guilford Knight correctional center and were denied bond.

Family members told WTVJ Channel 6 that Duarte had won a prize in the casino before he was shot and killed.