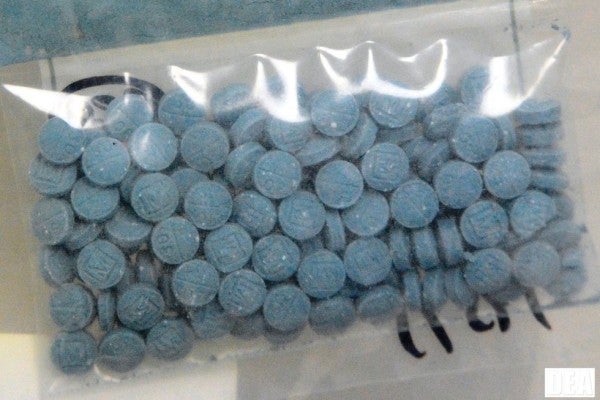 In a press release from the U.S. Department of Justice, U.S. Attorney Robert J. Higdon Jr. announced in federal court Tuesday Anthony Tognietti, 27, of Paradise, California, and Marcos Villegas, 24, of St. Charles, Illinois were sentenced for distributing a mixture of oxycodone and fentanyl, aiding, and abetting.

An investigation found on April 14, 2017, Villegas and Marine Cpl. Mark M. Mambulao, 20, visited a party at a residence in Richlands. During the party, Villegas provided Mambulao with pills that he and Tognietti had purchased on the dark web, according to the release.

In the early hours of April 15, 2017, Villegas discovered Mambulao unresponsive, according to the release. Mambulao was taken to Onslow Memorial Hospital in Jacksonville and died shortly after his arrival. The autopsy revealed his cause of death as fentanyl overdose and low-alcohol content.

During an investigation by the Naval Criminal Investigative Service, similar pills were seized from Villegas’ barracks room.

Further investigation linked the pills purchased by Villegas and Tognietti to a manufacturer and dark web distributor in Texas. That man, Alaa Mohammed Allawi, 30, was later charged and pleaded guilty to conspiracy to possess with intent to distribute 400 grams or more of fentanyl resulting in death or serious bodily injury, using a gun during a drug crime, and conspiracy to launder money, according to the release. Allawi was sentenced to 30 years in federal prison.