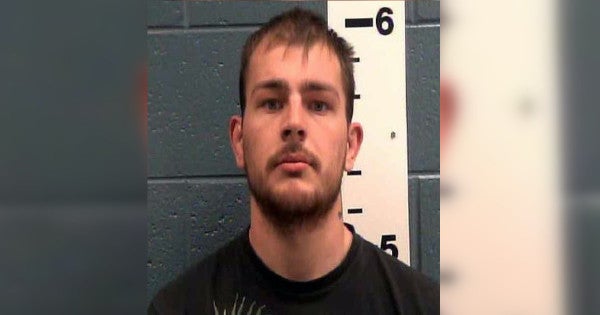 A former Fort Bliss solider stood bruised and badly injured in court Thursday as he pleaded guilty to cutting the throat of another soldier during a 2017 drug robbery.

Zachary Johnston, who appeared in court in an orange jail jumpsuit and shackles around his ankles, pleaded guilty Thursday to a lesser count of murder as part of a plea agreement with state prosecutors.

He also appeared in court with two black eyes, bruises and cuts all over his face after he was involved in a jailhouse fight.

Johnston was sentenced to life in prison with the possibility of parole in connection with the brutal slaying of Tyler Kaden Croke, 23, on May 7, 2017, during a drug robbery at the Cantera Apartments in East El Paso. Croke, 23, was in the U.S. Army and served a tour of duty in Afghanistan.

He was originally charged with capital murder and facing life in prison without the possibility of parole. The El Paso County District Attorney's Office was not seeking the death penalty.

Johnston, who was one of five people arrested in connection with Croke's death, did not address the court other than to enter his guilty plea.

Defense lawyer Eduardo Solis, who was representing Johnston, said that the agreement was made so that there remained a chance that Johnston would not have to spend his entire life behind bars.

“Looking at the evidence, we thought the best path forward was to negotiate something less than life without parole,” Solis said. “This is a capital case, but they weren't seeking the death penalty obviously, but it was still life without parole. It is still as severe a sentence you can get. So, whenever you can preserve some hope of freedom with the facts stacked against you that what you try to do and that's what we did.”

State prosecutor James Montoya said that while Croke's family will never be the same, the sentence provides some justice for his family.

“We are pleased that we were able to reach this plea agreement,” Montoya said. “We feel it is an appropriate resolution to this case…Nothing we can do can bring Tyler Croke back, but this sentence ensures that the defendant will be punished appropriately for what he did.”

Johnston was involved in an assault at the El Paso County Jail before his appearance Thursday in district court.

Limited information was released on the jailhouse assault. It is unknown if Johnston was the aggressor or a victim. It is also unclear if it involved any El Paso County jailers.

Solis said that he had no details on the assault.

“This is the first time I heard of it,” Solis said. “Obviously, you could tell from his appearance today that he has been in some sort of physical altercation. This is the first I hear of it, so I am not sure what went down, what happened or if there are any charges pending. We will figure all that out as we go forward.”

Montoya said that the plea agreement had already been reached before the assault took place.

“After we agreed to the plea, the defendant was involved in an unrelated assault,” Montoya said. “It was unrelated to this case and happened last night or the night before.”

He declined to comment further on the assault saying that the assault will have to go through the El Paso County District Attorney's Office before it is decided if Johnston will face any charges.

Croke's mother, Kjersten Croke, could not attend Thursday's plea hearing as she is currently in West Virginia, but wrote a victim impact statement addressed to Johnston, which was read out loud by Montoya.

“It is incredibly hard to put into words how the loss of our son, Tyler Kaden Croke, has affected our family,” the statement read. “Tyler was a son, grandson, nephew, brother, an infantry soldier and Afghanistan combat veteran.”

Kjersten Croke wrote that her son was looking forward to attending school to become a psychologist “just like his favorite grandfather which he looked up to.”

The statement continued, “He was robbed of achieving his goals. He was robbed of his dreams and hopes. We were robbed of witnessing our bright, handsome young son obtain his degree to help others who suffered from PTSD (post-traumatic stress disorder) like he did.”

She added, “Tyler was my first born. He made me a mother for the first time. For 23 years I had the privilege and honor of calling him my son before he brutally and senselessly murdered by five very sick individuals. As a mother you have an inherent and sacred responsibly and duty to protect and love your children. I can't even describe the grief I feel knowing I could not protect my son and protect his life as he crawled away from his attackers. He died alone and scared.”

She concluded her statement, “Your Honor, I respectfully request that you sentence this brutal murderer to the maximum penalty under the law. Because of his brutal murder, and senseless and violent actions he has shamed his family and given up his freedom.”

“If it was up to me, he would be sentenced to death. While serving a lifetime in prison will not bring my beautiful Tyler back, it will prevent others from suffering the same tragedy our family has by keeping this criminal behind bars.”

Status of other co-defendants

One other suspect has already been convicted in Croke's death.

Stephanie Fernandez was convicted by a jury of capital murder, which carried an automatic life sentence without the possibility of parole.

Fernandez was allegedly the getaway driver during the robbery.