Devin Mitchell Schmidt, 20, was charged with making a false distress message to the U.S. Coast Guard, which spent $172,000 looking for him. 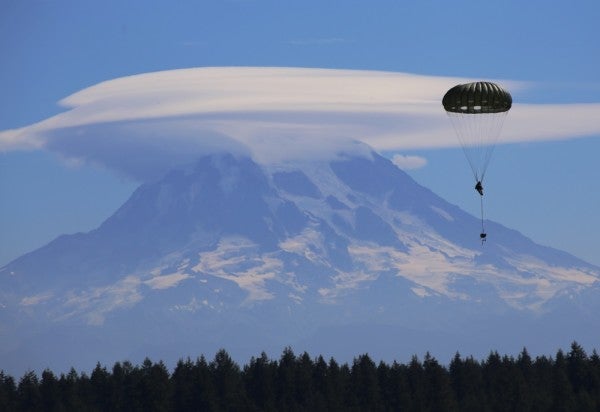 A former Joint Base Lewis-McChord soldier accused of faking his own death was charged Thursday in U.S. District Court in Tacoma.

Schmidt and the cousin, 21-year-old Ryan Ethan Bell of Bonney Lake, allegedly faked Schmidt’s suicide so that he could leave the military and live in Mexico.

According to a press release from the U.S. Attorney’s Office:

Schmidt got an “other than honorable” discharge last month.

The soldier made a video of himself saying goodbye to loved ones Dec. 18. The cousin reported him missing but knew at the time that he was just hiding.

“Bell reported to Port Townsend, Washington Police that his cousin had sent him the video indicating that he had committed suicide in Fort Warden Historical State Park,” the press release said. “Bell ‘found’ Schmidt’s dog tags, unlocked phone and other belongings at the top of” a cliff at the park.

The search that followed by the Jefferson County Sheriff’s Office and the Coast Guard lasted about 10 hours and cost more than $172,000.

Weather conditions were dangerous as they searched the waters below the cliffs.

It was about 4 p.m. Dec. 19 that Bell’s mother said she was suspicious. Bell told her Schmidt was missing and suicidal about four hours before he got the video.

Investigators searched Bell’s phone and online messages and learned the cousins were planning to meet at a fast food restaurant that night “to begin the next step of their plan to go to Mexico,” the press release said.

Police waited there and arrested them.