Laurence McKee, a 29-year-old ex-Marine, is charged with second-degree murder in the Aug. 27, 2016, slaying of tugboat captain Justin Scott in New Orleans 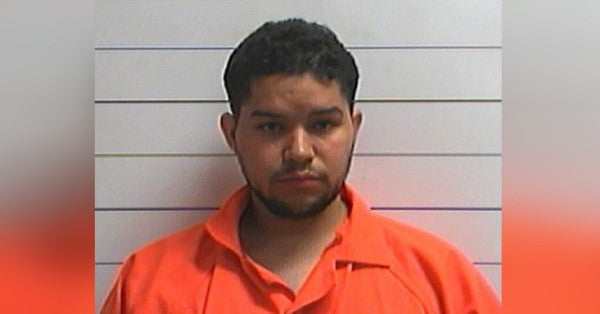 For more than two years, Laurence Andrew McKee stood accused of callously shooting a friend in the back in a New Orleans apartment after a night out drinking.

On Wednesday, defense attorneys presented an alternative theory: that McKee shot to defend himself from a drunken aggressor, and that the bullet could have ricocheted into his back.

McKee, a 29-year-old ex-Marine, is charged with second-degree murder in the Aug. 27, 2016, slaying of tugboat captain Justin Scott at the apartment in the 1700 block of North Broad Street where McKee lived.

Assistant District Attorney Jason Napoli said in an opening statement that some of what happened inside the apartment on Broad Street may never be known, since the sole witness is dead. But he told jurors that forensic evidence painted a clear picture of a man cut down as he was trying to leave.

The two men had been out drinking earlier in the night. Napoli said that recovered text messages showed they became separated at some point.

The pair wound up at McKee's apartment. Prosecutors believe that some kind of dispute quickly escalated inside the apartment. Shortly before 1 a.m., McKee called 911 to ask for an ambulance.

“He puts on a show,” Napoli said. “He knows he's got some trouble. He calls the police and says, 'My friend was trying to choke me out. He attacked me. I was in danger. So I shot him.' “

Yet when police arrived at the apartment, discrepancies began showing up, Napoli said. Most of Scott's body was lying out the apartment's door. There were few signs of a struggle inside the residence. Most troublingly, Scott had been shot in the back instead of the chest, as McKee claimed.

McKee wept as he spoke to the 911 operator. But detectives reviewing the call realized that McKee continued talking, apparently after he thought he hung up.

“What he didn't realize is that it was still being recorded, and all those tears and all that sorrow for his friend go away real quick,” Napoli said. “You'll hear him say, very clearly, 'You stupid (expletive), you (expletive) up.' “

Napoli predicted the defense team would twist the facts to make it seem that Scott deserved his fate. He also lambasted McKee for showing up for jury selection Tuesday in a Marine Corps corporal's uniform, even though he was dishonorably discharged.

Defense attorneys Jerry Settle and Eusi Phillips gave it their best shot in their opening statement and their cross-examination of a forensic pathologist.

They said that while Scott's family packed one side of the courtroom, McKee's loved ones assembled on the other side also deserved a fair hearing.

Phillips said his client had been the victim of a rush to judgment by police detectives. He also promised that McKee will take the stand to explain himself.

“The truth, you will see, will get in the way of this great story they're telling you,” Phillips said. “We're not going to dirty Justin's name. We're not going to paint him out to be some villain. We're going to tell you what happened.”

A toxicology report on Scott's blood suggested that he had a blood alcohol content of 0.512 at the time of his death, more than six times the legal limit to drive.

“That is an extremely high level of alcohol in the blood,” O'Sullivan said. “It's so high we asked the lab to double check and make sure there wasn't a problem with the test.”

An alcohol level that high would leave most non-alcoholics comatose, she said, and she suspected that the blood sample had somehow been contaminated.

She said readings of the blood level in his urine and vitreous fluid suggested the true number was still high, between .167 and .185.

Settle also zeroed in on the state's assertion that Scott was shot in the back.

“Isn't it true, doctor, that the trajectory of that bullet could have changed when it hit another object before it entered the body?” he asked.

It was, O'Sullivan said. But an autopsy cannot reveal a bullet's path before it enters the body, she added.