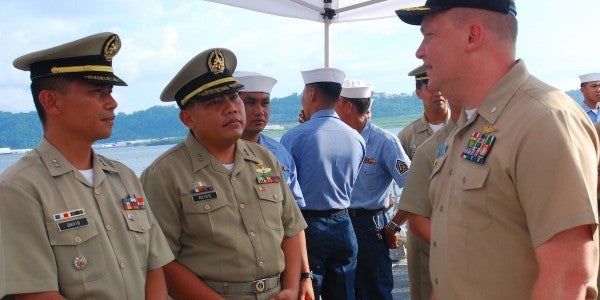 He admitted to passing confidential information to Leonard Glenn Francis, the military contractor at the center of the biggest corruption scandal in modern Navy history, as well as taking actions that benefited Francis’ company, Glenn Defense Marine Asia.

In exchange, Amundson admitted to accepting gifts from Francis from 2012 to 2013, including meals, drinks, entertainment and the services of several prostitutes from Mongolia.

In one email, Amundson arranged for the “handoff” of some proprietary information to Francis: “your program is awesome. I am a small dog just trying to get a bone… however I am very happy with my small program. I still need five minutes to pass some data when we can meet up. Cannot print.”

Amundson, of Ramsey, Minn., also admitted to deleting all of his personal emails with Francis in 2013 on the same day he was interviewed by federal investigators about the case.

He is one of 20 defendants charged in the investigation who have pleaded guilty. Nine others are still fighting charges.

Francis is among those who have pleaded guilty, admitting to defrauding the Navy out of at least $35 million.