A former U.S. Navy sailor was sentenced to 20 years in prison Monday for having sexual contact with a 14-year-old Oceanside girl in 2017, federal prosecutors in San Diego said in a statement 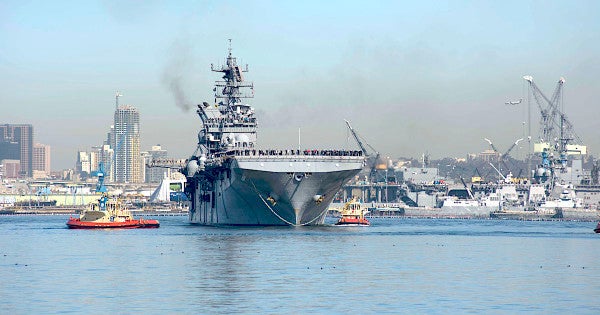 SAN DIEGO, Calif. — A former U.S. Navy sailor was sentenced to 20 years in prison Monday for having sexual contact with a 14-year-old Oceanside girl in 2017, federal prosecutors in San Diego said in a statement.

Isaiah B. Smallwood-Jackson, 23, was accused in September 2017 of sexual assault. He was a 21-year old Navy master-at-arms 3rd class assigned to the security detachment at Naval Base San Diego at the time of his arrest.

In chats with the girl, Smallwood-Jackson told her “Is it bad I don't care about your age?” and, in another text, asked her if she was ready to lose her virginity.

Prosecutors say the girl gave Smallwood-Jackson her address and told him she was nervous, to which he replied “take a leap of faith.”

He went to her home in September 2017 and engaged in sexual acts with the girl outside of her home. After he left, the girl confided in her sister what had happened.

The case, initially in California state court, was shifted to the federal system because Smallwood-Jackson used “a facility and means of interstate commerce” — the internet — to contact the girl.

The victim's family told the court the girl was devastated by Smallwood-Jackson and is afraid to be out in public or around men.

Smallwood-Jackson was convicted of sexual exploitation and enticement of a minor in October.

Once released, Smallwood-Jackson will be supervised for 10 years and will have to register as a sex offender. He will not be allowed to access the internet unless monitored by probation officers.

Prosecutors said the case is a lesson for parents about the dangers online and the need to communicate with children about what they're doing.

“Defendant's abuse of a seemingly safe chat application for teens allowed (Smallwood-Jackson) access to this 14-year-old victim that he would not otherwise have had,” prosecutors said in a statement. “Parents are urged to educate themselves and discuss these dangers with their children.”