A former support soldier with the Army's 7th Special Forces Group (Airborne) has been acquitted of charges that he sexually assaulted two young girls at his Crestview residence two years ago. 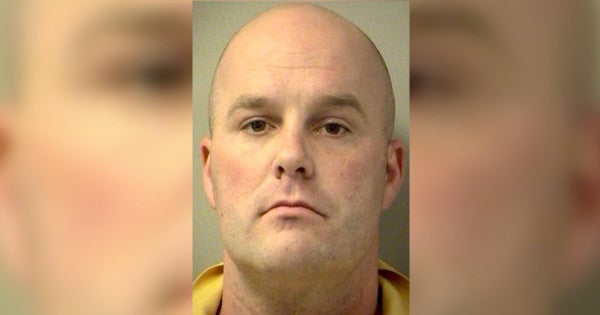 CRESTVIEW, Fla. — A former support soldier with the Army's 7th Special Forces Group (Airborne) has been acquitted of charges that he sexually assaulted two young girls at his Crestview residence two years ago.

William Thomas Mrozek, now 35, was an Army staff sergeant working in a support role at the 7th Group — not as a Green Beret — at the time of his arrest last year. He was acquitted of two counts of sexual battery involving a person under 12 years of age, and a single count of child abuse without great bodily harm.

The not-guilty verdicts followed five hours of jury deliberations on Friday at the end of a week-long trial.

“The jury got it absolutely right,” said Gillis Powell, lead attorney on a defense team that included Beau Powell, Bridget Graham and a number of other support personnel.

In a Monday interview, Powell claimed the two victims, one 11 years old and the other 7 years old at the time, had been coerced by Mrozek's ex-wife into claiming they had been assaulted by Mrozek during a two-week July 2017 visit to his home in Crestview from the home they shared with their mother in Kentucky.

Nearly a year after the visit, in March 2018, according to a Crestview Police Department report, the Army Criminal Investigation Division at Fort Campbell, Kentucky, interviewed the two young girls. The girls each provided detailed descriptions of separate sexual assaults.

Later, in a “controlled call” with Mrozek, the girls' mother and Mrozek's ex-wife, Jennifer Bratton, recounted her daughters' stories. A controlled call is a law-enforcement tool in which the target of an investigation is called in an attempt to gather evidence.

During the call, according to the Crestview Police Department report, Mrozek said he didn't remember doing anything like what the children were describing and that it wasn't something he would do. But he added that he didn't think anyone would lie about something like that and allowed that the account was “super descriptive and I am sorry.”

He also said that the girls were saying shouldn't be ignored, nor should it be assumed they were lying. Mrozek offered to apologize to at least one of the victims, while continuing to claim he did not remember doing the things she was describing.

And according to Powell, medical testimony at the trial indicated that neither of the two girls' bodies showed any signs of sexual assault.

Among the other testimony offered on Mrozek's behalf, Powell said Monday, was a teen-age male relative who was in the home at the time and said it would have been impossible not to hear anything amiss in the small structure.

Also according to Powell, one of the prosecution's experts testified that one of the girls had said that her mother told her she had been sexually assaulted.

Chief Assistant State Attorney Bill Bishop on Monday rejected the suggestion that the girls had been coerced, saying there was “no serious evidence” that they had been coached to tell their stories.

“We were disappointed in the outcome,” Bishop said. But, he added, “we respect the jury's decision.”

As a result of the charges, Mrozek was separated from the Army last November with a less than honorable discharge after being reduced in rank to private.

According to Powell, Mrozek wants to return to the Army, and specifically wants to go back to the 7th Group, in the wake of his acquittal.

Powell will be writing the 7th Group commander to help make Mrozek's case for returning to the unit, he said Monday.