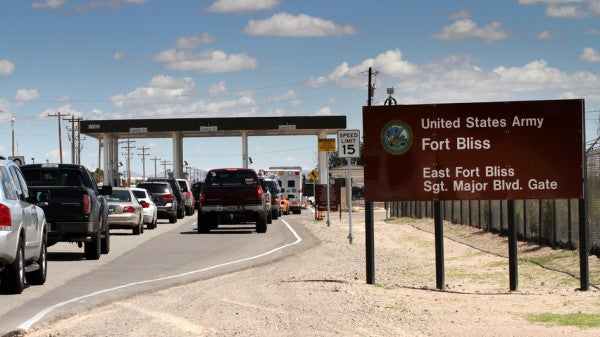 Fort Bliss military police shot and wounded a soldier who allegedly pointed a handgun at officers during a confrontation early Tuesday on the Army post.

The shooting occurred after military police responded to a report of a disturbance just past midnight, Fort Bliss officials said in a statement.

“Upon arrival, the subject presented an armed direct threat to law enforcement by allegedly pointing a handgun at Military Police officers and was shot,” Fort Bliss said in a statement.

The soldier was assigned to the 1st Armored Division and was hospitalized at an El Paso hospital, officials said. No other injuries were reported.

This is a developing story. Check back later for updates.