Women quietly broke through barriers last fall when they became the first in the Army to earn the prestigious Expert... 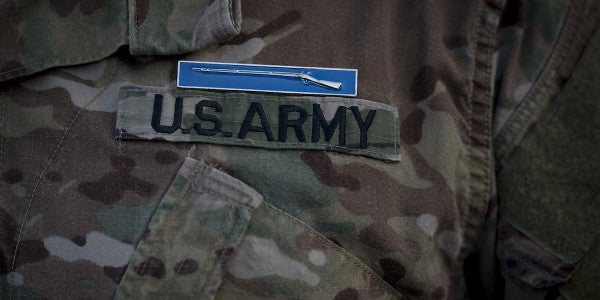 Women quietly broke through barriers last fall when they became the first in the Army to earn the prestigious Expert Infantryman Badge at Fort Bragg.

The badge, which was created in the 1940s, only recently opened to women when the Department of Defense struck down regulations that prevented them from serving in infantry jobs. The women earned the badge during testing with hundreds of male candidates in November — about two years after infantry jobs opened to women.

“This historic achievement is a reminder of the great things we can achieve when women are seen and treated as equals and given the same chance to contribute to their country,” U.S. Sen. Tammy Duckworth said in a statement. The Democrat from Illinois was among the first Army women to fly combat missions during Operation Iraqi Freedom.

In 2004, Duckworth was deployed to Iraq as a Black Hawk pilot for the Illinois Army National Guard when it was struck down by a rocket-propelled grenade. She lost her legs and partial use of her right arm.

“These six incredible women prove exactly why the Department of Defense was right to allow women to serve in all military roles, an action that was long overdue,” she said. “Remember, women have served attached to infantry units for decades without being formally assigned to the unit — so even when they meet the requirements, they technically could not earn the EIB until now.”

Through a spokesman for the 82nd Airborne Division, all six women who earned the badge declined to talk about their achievement or the significance of the badge. The division did not name the women.

To earn the Expert Infantryman Badge, a soldier must successfully complete 30 tasks that prove mastery infantry skills. If a soldier makes three errors, he or she fails and must wait one year to try again.

At Fort Bragg, soldiers were tested on weapons proficiency and medical and patrol skills.

The testing takes place over several days, during the day and at night.

Of the 1,000 candidates who tested for the badge at Fort Bragg in November, 287 earned it. The candidates came from Fort Bragg, U.S. Army Special Operations Command, 18th Airborne Corps and units at Fort Stewart, Georgia.

Traditionally, only about 18 percent of all candidates who test for the badge earn it.

Testing for the Expert Infantryman Badge is conducted at several installations each year. Standards for the test are set by the Infantry School at Fort Benning, Georgia.

As women became eligible for infantry jobs, Command Sgt. Maj. Martin Celestine said there was never skepticism that women wouldn’t be strong enough or trained well enough to test for the badge.

“No, there was no doubt,” said Celestine, command sergeant major of the Infantry School. “I’ve deployed on multiple times and I’ve been side-by-side with women. When we talk about technical competency, it’s not about ‘man or woman.’ This is a soldier skill. We’re all one team here.”

Col. Townley Hedrick, deputy commandant for the school, said the Army’s training has set women up for success, just like the men who have been training in those jobs for decades. He said he expected women to earn the badge.

Lt. Gen. Stephen Townsend, who recently left command of the 18th Airborne Corps, said the corps and overall Army readiness has been strengthened as women integrate into combat arms jobs.

“Army forces must possess the capabilities — and be prepared to fight across multiple domains and through contested areas — to deter potential adversaries, and should deterrence fail, rapidly defeat them,” he said. “As the Army shapes the future force, we will ensure that every individual has the opportunity to maximize his or her potential.”

The achievement has fueled the passion for Jakhira Blue, a 17-year-old 2017 graduate of North Johnston High School, who had been planning to enlist in the Army as airborne infantry. She will head to Fort Benning for training in March.

She knows she'll be in the minority in infantry training since the jobs opened to women. It doesn't matter, she said.

“It's going to make me push myself harder,” she said. “I want to show everybody I can do it.”