A sergeant and a private at Fort Bragg sought to arrange sham marriages between soldiers and immigrants, offering cash, housing benefits and furniture as incentive for potential brides, according to federal court documents. 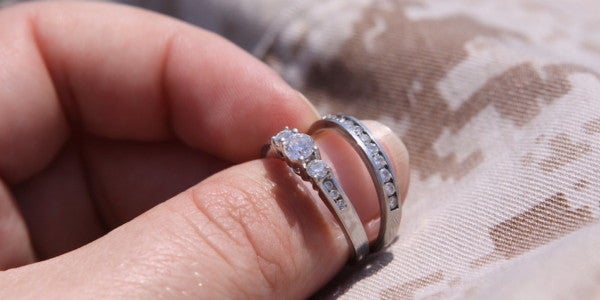 RALEIGH, N.C. — A sergeant and a private at Fort Bragg sought to arrange sham marriages between soldiers and immigrants, offering cash, housing benefits and furniture as incentive for potential brides, according to federal court documents.

Arrest warrants were issued this week for Sgt. Edward Kumi Anguah, described as “the facilitator” of the conspiracy, and Pvt. Ahmid Mohammed-Murtada, a recently naturalized citizen from Ghana serving in a Fort Bragg Army unit, court records show.

The investigation began in December when an agent for the Department of Homeland Security interviewed Pvt. Endasia East about having an affair with a single soldier while married to Sulemana Ibrahim, according to a criminal complaint filed in U.S. District Court for the Eastern District of North Carolina.

During that interview, “she confirmed the marriage was in fact fraudulent,” according to court records.

On its website, U.S. Citizenship and Immigration Services says it does not recognize “relationships entered into for purposes of evading immigration laws.”

Mohammed, as he is called in court records, served in the same unit with East and approached her about marrying Ibrahim, who wanted to gain lawful permanent residence, an affidavit said. Court records show Ibrahim was a citizen of Ghana living in New York on a tourist visa that expired in July 2018.

As part of the deal, East was to receive a Basic Housing Allowance stipend, typically $1,000 or more, two months' rent totaling $1,250 and furniture for a new off-post apartment.

East and Ibrahim married at the Cumberland County Courthouse in July, then East went to dinner with Anguah, who said he arranged many fraudulent marriages, the affidavit said.

“She was told by Sgt. Anguah and Private Mohammed that she would need to stage photos with Ibrahim in order to make the marriage look legitimate,” according to court documents.

The two soldiers also instructed East to place Ibrahim on her apartment lease to give the appearance he lived in Fayetteville rather than New York, records said. She also added him to service member life insurance documents.

“Private East stated Sgt. Anguah had asked her if she was willing to find additional soldiers for him to arrange marriages to,” the affidavit said. “She told Sgt. Anguah she would be on the lookout.”

East later called Anguah and mentioned a friend “interested in doing the same thing that I'm doing with Ibrahim,” records said, to which Anguah answered, “Yeah.”

In January, an undercover officer met Anguah at a Starbucks in Fayetteville and told him she wanted $800 to marry an immigrant, and Anguah suggested $2,000 instead. Later, the affidavit said, he told her he was going to get $6,000 and take a cut.

“Sgt. Anguah stated he would take care of the ring and 'everything,'” the affidavit said.

On Monday, Anguah called the agent with a man who identified himself as Kwaphoom Eugene Hoomkwap on the line. On the phone, Hoomkwap said he wanted to get off work in New York to get married in Fayetteville, court records said.

On Thursday, they met at the Fayetteville courthouse for the marriage license.

Federal arrest warrants were issued Thursday for Hoomkwap, Ibrahim, Mohammed-Murtada and Anguah on charges of marriage fraud, misuse of visas and aiding and abetting.

WATCH NEXT: Meet The Army Helo Pilot Who Resupplied Woodstock

Meet The Army Helo Pilot Who Took Supplies To Woodstock

Clark Stahl brought needed supplies to the legendary festival in 1969, with …