Col. Phillip Sounia was relieved of the command Friday because of a "loss of trust and confidence in his abilities to command" 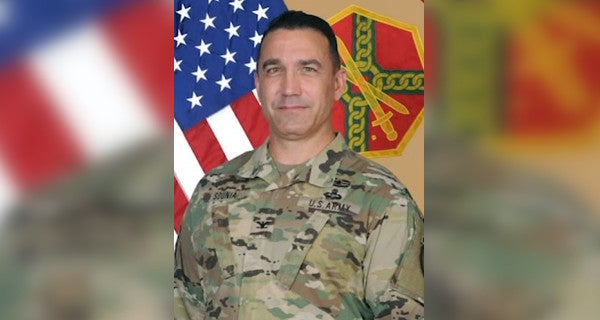 Fort Bragg's garrison commander has been relieved of his command, Fort Bragg officials confirmed in an email Monday in response to a media inquiry.

Col. Phillip Sounia was relieved of the command Friday because of a “loss of trust and confidence in his abilities to command.”

The decision was made by Lt. Gen. Douglas Gabram, commander of Installation Management Command, and Lt. Gen. Michael “Erik” Kurilla, commander of the 18th Airborne Corps and Fort Bragg.

Officials did not say what caused Sounia to be relieved, and said no further information would be released because of “an ongoing investigation.”

Sounia, who enlisted in the Army in 1989 and commissioned as a second lieutenant in 1995, was named the garrison commander in May 2019.

He previously served as director of Commander's Initiatives Group in the U.S. Army Forces Command at Fort Bragg.

Fort Bragg residents had expressed concerns about lead paint, mold and timeliness of repairs in the installation' homes before Sounia became the garrison commander.

The concerns continued in August, when Sounia previously said the command saw a trend with eight homes potentially having carbon monoxide issues.

He instructed the installation's fire and police departments to remove the doors of 88 homes with designs similar to those in which they found issues.

Sounia also previously said the installation's Directorate of Public Works expanded from one inspector to include 22 certified home inspectors who inspect homes at state-level standards.

In a February interview with The Fayetteville Observer, he said the installation's housing partner, Corvias, had fixed most of the issues.