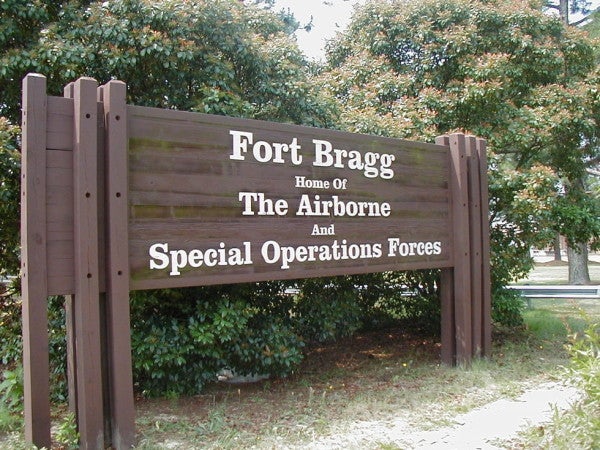 The man who caused Fort Bragg's All American gate to be closed for several hours last week faces seven charges that were presented at a detention hearing Tuesday.

An affidavit of the criminal complaint filed against Sueidan states that he attempted to access Fort Bragg at 10:30 a.m. on March 12 without proper identification and repeated requests to tour “the special operations facility.”

A spokesman for the U.S. Attorney's Office said Sueidan's lawyer asked for a continuance to “pursue a forensic psychologist.”

Court documents state the request was granted, and the defense has to provide a written statement to the court by the close of business Friday.

The affidavit states that Sueidan provided an expired Jordanian passport, an expired Texas driver's license, expired vehicle registration and no proof of vehicle insurance to gate guards on March 12, after originally refusing.

The gate guard expressed concern about the passport and visa's legitimacy, which appeared to have handwritten modifications, an investigator with Fort Bragg's Military Police Investigations and Provost Marshal Office wrote in the affidavit.

When going to the nearby visitor's center, officials noticed Sueidan's vehicle registration was expired and confirmed that his driver's license was expired. Officers detained him for his safety and the safety of others, the investigator said.

Sueidan repeatedly made comments about needing to enter the installation and “take a tour of the special operations facility,” the investigator wrote.

Sueidan was in the custody of U.S. marshals as of last week.

A spokesman for the U.S. Immigration and Customs Enforcement agency said a detainer was issued against Sueidan last week. The detainer requests local authorities to notify ICE if Sueidan is released from criminal custody.

“(ICE) will seek to take him into custody for removal proceedings following the resolution of the criminal charges he currently faces,” Bryan Cox, a spokesman for the agency's southern region, said last week.