The man was traveling on a Jordanian passport, but his visa, driver's license and vehicle registration were expired. 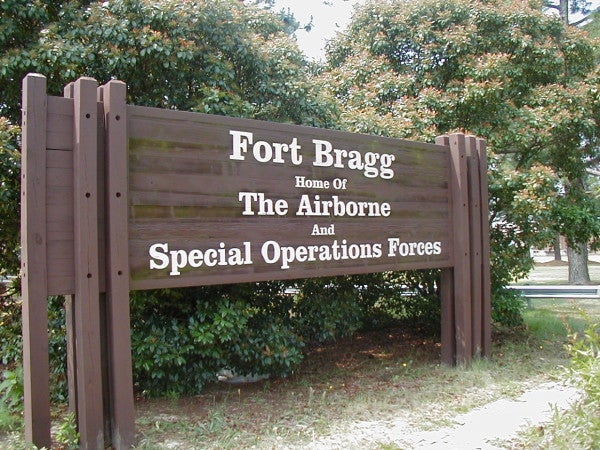 Fort Bragg's All American gate closed for several hours Tuesday after a man described as a foreign national without valid identification attempted to get on the military base, officials said.

Col. Larry Dewey, Fort Bragg's director of emergency services, said a foreign national attempted to broach the All American gate about 10:30 a.m. Tuesday, but did not want to present any form of identification.

“Eventually, when he did, it was expired so it wasn't valid,” Dewey said.

The man was traveling on a Jordanian passport, but his visa, driver's license and vehicle registration were expired.

Dewey said the man acted suspicious by not wanting to present his identification, not wanting guards to search his vehicle and by the way he acted around his vehicle.

“He did not try to rush the gate,” Dewey said. “He wasn't necessarily combative. He was a little bit confrontational verbally and didn't want to cooperate, but there was no overt attempt to try to access by force.”

Dewey said the man did not provide “a good reason'' for why he was trying to access Fort Bragg.

“He had no legitimate grounds for being here. He wasn't invited here,” Dewey said.

The All American gate and its nearby exit on Interstate 295 were closed until about 3 p.m., as traffic incoming and outgoing traffic was diverted away as a precaution, officials said.

No injuries were reported from the incident.

Because of the man's behavior, military dogs were called to inspect his vehicle.

The dog had a “change of behavior,” which indicated there could have possibly been something in the vehicle, Dewey said.

Explosive ordnance disposal teams were called to inspect the vehicle.

The man, who officials did not identify, was detained for questioning, and Homeland Security and Immigration and Custom Enforcement will determine the next step, Dewey said.

Dewey said local law enforcement, fire and emergency services, the federal Bureau of Alcohol, Tobacco, Firearms and Explosives and a joint group task force were at the scene.

“The response was exactly what we'd want to do. As always, we'll look into our internal response procedures to ensure we followed our own protocol and see if there's anything better we can do,” he said.