Sgt. Brandon Alvarez was driving with his wife in late April when he noticed smoke and an overturned vehicle on one of the back roads past Fort Bragg's gun range 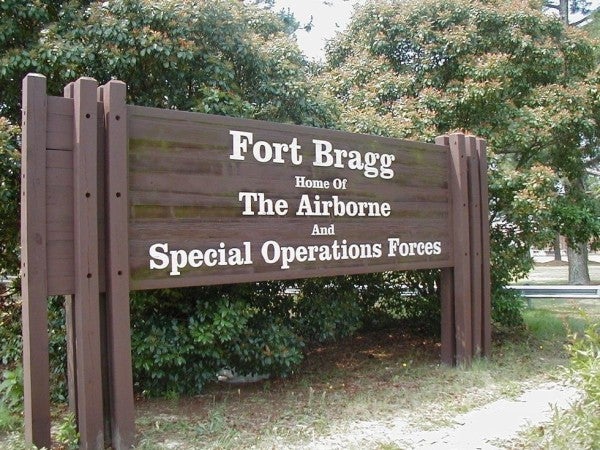 Sgt. Brandon Alvarez was driving with his wife in late April when he noticed smoke and an overturned vehicle on one of the back roads past Fort Bragg's gun range.

“I saw a door move and realized people were still inside,” he said.

Despite being a little surprised that there was already a small group of people near the overturned truck with smartphones out, Alvarez let instinct and some of his military training kick in to help out.

Alvarez, who is originally from Florida, grew up around the military and has served with the 1st Brigade Combat Team, 82nd Airborne Division as part of the 2nd Battalion, 504th Parachute Infantry Regiment for the past eight months.

In the Army for six years, he previously served with the 75th Ranger Regiment, where he received Ranger first responder treatment training.

At the local accident scene, Alvarez passed a toddler to those standing nearby and helped the driver out of the truck before it caught on fire.

The child, he said, appeared OK, but the driver told him he had asthma.

Alvarez remained on the scene until medics arrived.

“It was all a bit unexpected, but I'm glad everyone was OK,” he said.

All injuries appeared minor, and Alvarez said the driver later contacted him on Facebook.

“Helping people is predominately why I joined the military,” he said.

And there's many others like Alvarez in the 82nd Airborne Division, said Brig. Gen. David Doyle, outgoing deputy commander of sustainment for the division.

Doyle recognized Alvarez, Pfc. Matthew Conner and Pfc. Sean King during his remarks at an All American Honors Ceremony in June.

“Heroes … have served throughout this division's storied history,” Doyle said. “However, today I'd like to remind you that heroes still serve in this division today.”