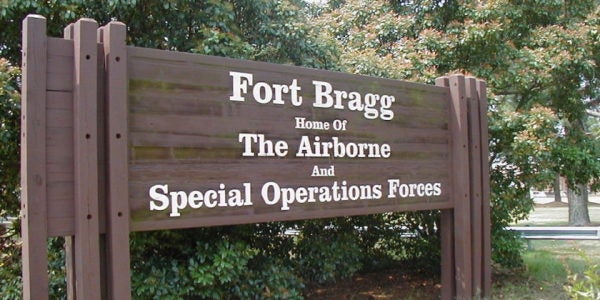 Thornton, a power generation equipment repairer, was running on Ardennes, which was closed to traffic for physical training, when he collapsed, a spokesman for the unit said. Several soldiers attempted to render aid and rushed Thornton to Womack Army Medical Center.

The cause of death is unknown, officials said. His death is under investigation.

Thornton had been part of the brigade's 112th Signal Battalion since January.

“We mourn the loss of this dedicated soldier and our thoughts and prayers are with his family,” said Lt. Col. Shaw Pick, the soldier's battalion commander. “He was a member of our team, and his life was spent in service to his family, his friends and his country.”

Thornton is survived by his wife, Danielle, and two children, Jaylen and Kinsley.

He enlisted in the Army in 2012 and trained at Fort Benning, Georgia, and Fort Lee, Virginia. He previously served with units at Benning and Yongsan Garrison, South Korea.