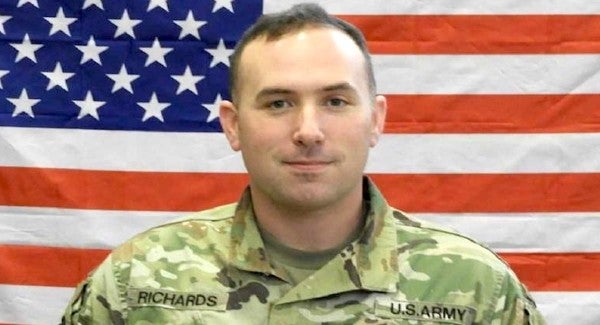 A 32-year-old Fort Carson soldier died during a training-related incident in South Korea, the Army said in a news release.

“Staff Sgt. Richards passed away while demonstrating his dedication to the nation and to the brigade as he earned his Expert Field Medical Badge,” Col. Grant S. Fawcett, commander of Richards' unit, said in the release. “The loss of this exceptional NCO and leader will be felt by soldiers throughout the Iron Brigade.”

The incident is under investigation, the Army said.

Richards grew up in Grayling, Mich., joining the Army in 2005. He deployed four times, including tours in Iraq, Afghanistan, Romania and Kuwait. He arrived at Fort Carson on Sept. 20, 2016.

Richards received numerous commendations during his 14 years of service, the news release said.