Ex-soldier gets life in prison for 2018 drug heist killing

"No sentence that I can impose will bring back your beloved son and nephew." 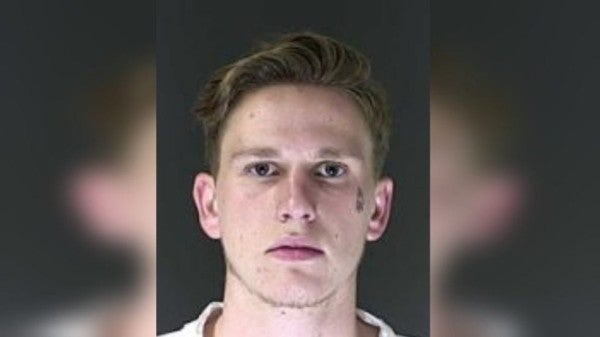 A former Fort Carson soldier will spend the rest of his life in prison after a 2018 drug robbery that ended in a deadly shootout in Security-Widefield.

Tyler Lee Wheeler was sentenced Monday in the Oct. 7, 2018, death of Kenyatta Horne, 20, who was hit with a blast of birdshot when he was ambushed by a crew of robbers led by Wheeler during what was supposed to be a cocaine deal.

“No sentence that I can impose will bring back your beloved son and nephew,” 4th Judicial District Judge Lin Billings Vela told Horne's relatives in the gallery, according to an account by the District Attorney's Office.

Wheeler, 21, and several accomplices arranged to purchase $700 worth of cocaine from Horne, planning to rob him instead outside his parents' home in the 6400 block of Tranters Creek Way in the Lorson Ranch subdivision. After seeing the men approach with guns out, Horne drew a pistol, leading to a gun battle.

Wheeler fired more than 20 shotgun shells, authorities said. An autopsy concluded Horne died of a single blast in the chest.

“I think I'm going to have to use this tonight,” Wheeler told accomplices before the robbery, as he showed off his shotgun in a room at the Best Inn, 3920 N. Nevada Ave. in Colorado Springs, a police officer testified during a pre-trial hearing.

Wheeler was found guilty of first-degree murder and all other counts against him at an October trial.

Wayne TC Sellers IV, 22, also a former Fort Carson soldier, fired numerous rounds that missed. He was sentenced in October to a life term for his role in the fatal robbery. Beslim Torres-Valle, 20, who arranged the phony drug deal but did not fire a weapon, was sentenced to 48 years in prison in November. He had grown up in the Lorson Ranch subdivision and knew the victim.

Another accomplice, Kyle Watts, 21, a former Air Force airman based at F.E. Warren Air Force Base in Cheyenne, Wyo., pleaded guilty to aggravated robbery in May and is set to be sentenced Jan. 27.