Fort Gordon officials are taking proactive steps to slow the spread of coronavirus, spokesman Buz Yarnell said, as several people at the base returning from other countries have been quarantined. 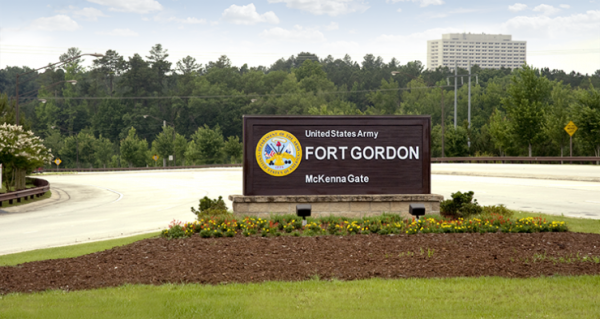 Fort Gordon officials are taking proactive steps to slow the spread of coronavirus, spokesman Buz Yarnell said, as several people at the base returning from other countries have been quarantined.

Four people connected to the post have been in self-isolation since Tuesday after returning from countries under high alert for the virus, which are Iran, Italy, China and South Korea. Yarnell would not say whether those in isolation are service members, dependents, contractors or other personnel.

Under guidelines from the Centers for Disease Control and Prevention and the Defense Health Agency, service members returning to Fort Gordon from those countries are monitored before they leave, during return travel and upon arrival at the post, Yarnell said.

As a result, several people are now under quarantine, he said. Yarnell would not say whether the quarantine was on post.

There are no confirmed cases of COVID-19 at the base, and leadership continues to work closely with local, state and federal officials to ensure the health, welfare and safety of its service members, Yarnell said.

At North Carolina's Fort Bragg, the largest military installation in the U.S., Army members and their families are being tested for the virus, according to the Fayetteville (N.C.) Observer newspaper.

It is unclear how many Fort Gordon personnel could be assigned to the four high-alert countries. In December, the Army had more than 18,000 troops in South Korea and nearly 4,000 in Italy, according to Department of Defense statistics.

The U.S. Army Cyber Command, based at Fort Gordon, has conducted at least two missions in South Korea, according to recent Army news reports. U.S. Army Regional Cyber Center-Korea is operated by the Cyber Command.

Eisenhower Army Medical Center on post advised anyone who thinks they have COVID-29 to follow CDC guidelines, which include staying home and isolating themselves from other people in addition to animals, which can carry the virus.

People who are or suspect they are infected should avoid sharing household items such as dishes or towels, wear a face mask, cover all coughs and sneezes and wash hands frequently with soap and water for at least 20 seconds, according to the CDC.

They should call ahead before visiting a doctor and inform the provider about their diagnosis or suspected infection and any symptoms, the agency said.