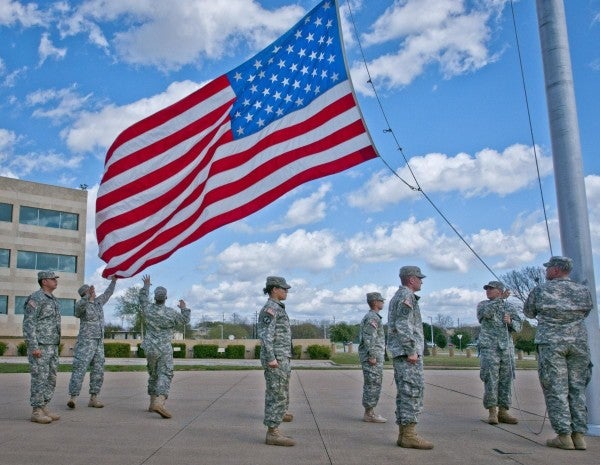 Soldiers and their spouses told Fort Hood brass and housing officials Thursday night about horrific conditions inside on-post housing, ranging from blooms of mold and lead paint to infestations of snakes and cockroaches and dangerously faulty window screens.

At Fort Hood, soldiers and officials detailed problems at the thousands of homes for military families run by the Australian firm Lend Lease, as well as inside the post's 141 government-owned barracks that house 18,000 soldiers.

The Fort Hood town hall, one of many at Army posts across the country, comes as the Trump administration's national emergency threatens to tap unspent military construction funds to build additional miles of wall along the U.S. southern border.

At Fort Hood, lawmakers have set aside nearly $300 million to renovate 24 barracks in recent years, including $61 million last year. Fear that those funds could be used to pay for border wall construction caused U.S. Rep. Roger Williams, a Republican who represents Fort Hood, to come out against the national emergency this week if it threatened renovations of what he said were barracks that were “literally falling down.”

Brian Dosa, Fort Hood's director of public works, called the barrack renovation funding a “huge investment” of taxpayer dollars. “We know some of our inventory is older and we have persistent mold problems at those facilities,” he said Thursday night.

Most family housing on U.S. Army installations was privatized two decades ago, and likely insulated from any potential loss of military construction funds. Requests for clarification from the Defense Department weren't immediately answered Friday.

Top Army officials plan to renegotiate long term lease agreements with private firms and have ordered base commanders to take an active role in measuring the scope of the problem. Additional town halls for specific housing villages are planned at Fort Hood.

In his emergency declaration, Trump said he would tap three pots of money for wall construction: $600 million from a Treasury Department asset forfeiture fund for law enforcement, $2.5 billion from a military anti-drug account and $3.6 billion in military construction funds.

This week, acting Defense Secretary Patrick Shanahan told reporters that while no decisions on tapping construction funds had yet been made, military housing would likely be protected, according to Military Times.

Pentagon officials are expected to brief lawmakers today on the timing and potential military construction projects that would be diverted under the national emergency.

U.S. Sen. John Cornyn on Thursday said he wasn't concerned about the impact on military construction projects. “I think the defense appropriations bill is roughly in the $700 billion a year range, and what you talk about is roughly $5 billion, and so it represents just a small fraction,” Cornyn said.

While the issue of the national emergency on border security did not come up Thursday night at Fort Hood, soldiers and spouses described another kind of emergency.

A Fort Hood soldier's wife said her family had been sickened and forced to leave their on-post housing because of mold; another told officials her daughter fell through a defective window screen and needed to be taken to the Fort Hood hospital; a third spouse said Lend Lease staffers took months to repair a water leak in her bedroom.

Mack Quinney, project director with Lend Lease, said the exterior of 29 Fort Hood homes have tested positive for lead paint, and that problems with bad screens, mold and pests were part of issues within military housing “across the nation.”

Fort Hood Commander Lt. Gen. Paul E. Funk told the assembled soldiers and family members it was time to for the Army to fix the issue of unsatisfactory housing. “I was born at Fort Hood, Texas, so I take this deeply personal,” he said. “We will make real change. We will be transparent about it. This is about communication and trust.”

WATCH: Medal of Honor recipient Florent Groberg on what to do in a firefight