Republican U.S. Sen. John Cornyn has joined a bipartisan call for a congressional hearing on the “command climate and culture” at Fort Hood after the disappearances and deaths of several soldiers, including Army Spc. Vanessa Guillén, this year 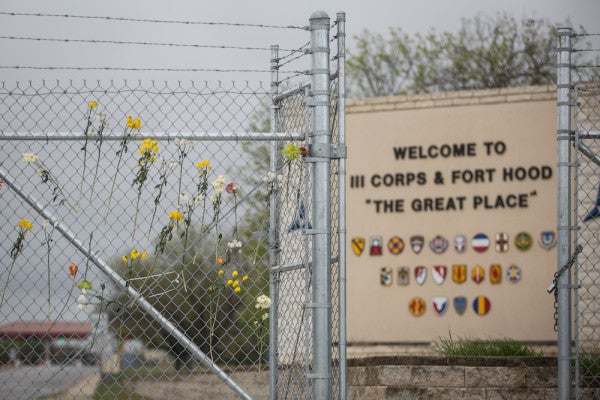 Republican U.S. Sen. John Cornyn has joined a bipartisan call for a congressional hearing on the “command climate and culture” at Fort Hood after the disappearances and deaths of several soldiers, including Army Spc. Vanessa Guillén, this year.

With Massachusetts’ two Democratic senators, Elizabeth Warren and Ed Markey, Cornyn, of Texas, asked the Senate Armed Services Committee to hear from members of a specially formed civilian review panel that is investigating conditions at the post.

Army leaders also should be part of the hearing so they could testify about plans to implement the panel’s pending recommendations, the senators said in a letter to the Armed Services Committee’s Republican chairman and ranking Democrat.

The letter, sent Thursday and released Friday, mentioned a series of tragic deaths of soldiers at Fort Hood but highlighted two: Guillén, who was missing for more than three months before her dismembered remains were found in Bell County, and Sgt. Elder Fernandes, who was found last month hanging from a tree in Temple. Both cases included reports or allegations of sexual assault and harassment.

“We are determined to seek justice and answers for their families and to ensure the Army is implementing necessary reforms at Fort Hood, and that Congress is holding the Army accountable,” the senators’ letter said.

Earlier this week, the Army removed the post’s top commander, Maj. Gen. Scott Efflandt, placing him in a deputy commanding role instead of taking charge of a division at Fort Bliss near El Paso as originally planned.

Secretary of the Army Ryan McCarthy recently announced the formation of a five-member civilian panel to conduct an in-depth review of Fort Hood, which has the highest rate of violent crime in the Army, officials have said.

The panel will evaluate regulations and procedures on promoting safety, preventing sexual assault and harassment, and encouraging equal opportunity. The team also will study the training, education and effectiveness of Fort Hood’s leaders.

In their letter, the senators said it would be helpful to have members of the panel appear before the committee charged with oversight over the military.

“Although we appreciate the Army’s deliberative approach, we believe that an open hearing before the Committee with the panel members … will provide an opportunity to candidly discuss its findings and recommendations and engage in a dialogue on ways that Congress and the Army can ensure a supportive command climate at Fort Hood for all of its soldiers,” the senators wrote.