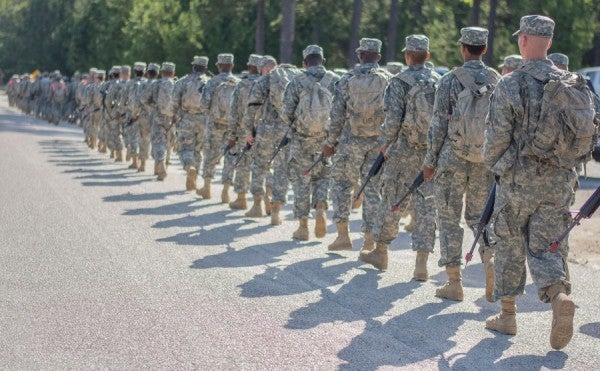 A basic combat training soldier at Fort Jackson was found dead in his barracks Saturday morning, military officials have announced.

He was 29 years old and from Wisconsin, according to a press release. As a result of the death, officials said they will have a 48-hour training stand down.

“A loss of a loved one and teammate is never easy,” Fort Jackson Commander Brigadier General Milford H. Beagle Jr. said in a statement. “We extend our deepest sympathies to his family and friends. Know we are providing comfort and assistance to all who knew him.”

The exact cause of death was not disclosed and is currently under investigation, but officials said it was unrelated to COVID-19 or an active field training exercise.

This is the fourth death of a soldier at Fort Jackson in the past year.

An 18-year-old soldier suffered a medical emergency before a drill on Sept. 21, 2019, and later died at the hospital.

A 19-year-old Minnesota National Guard soldier in basic training was found unresponsive on Jan. 8 and later died, according to the Army Times.

And a 29-year-old Connecticut native died after suffering a medical emergency during a “non-strenuous activity” in March.

Since the novel coronavirus pandemic swept into South Carolina in March, military officials have announced dozens of cases at Fort Jackson, per the Army Times.

Restrictions have been put in place at the base, and sleeping bays in the barracks are now limited to 30 soldiers each, an Army spokesperson said.