Rep. A. Donald McEachin says he would like to see the name of Fort Lee changed to honor a former Army deputy chief of staff who launched his military career at the post 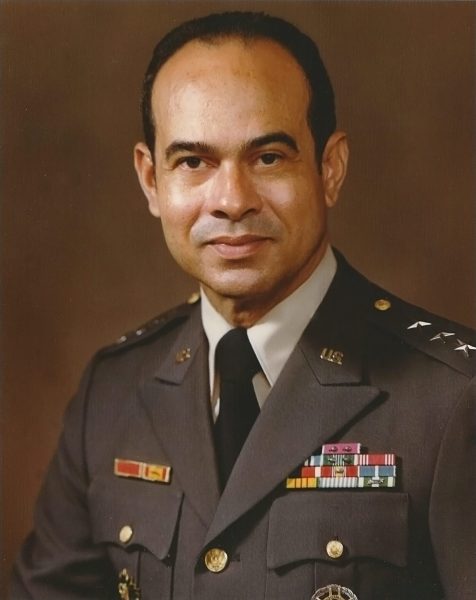 Rep. A. Donald McEachin says he would like to see the name of Fort Lee changed to honor a former Army deputy chief of staff who launched his military career at the post.

In a letter sent Thursday to the Defense Department, McEachin, D-4th, claimed there was a list of far more “suitable Virginians” for whom the Prince George County installation could be named. But he specifically cited retired Lt. Gen. Arthur J. Gregg, whose 35-year career took him from a post-World War II segregation era into the beginning of President Ronald Reagan's administration. At that point, he was the highest ranking Black officer in the Army.

Gregg is now 92 years old. McEachin's father, also an Army veteran, was a longtime friend of Gregg's who enlisted with him at the same time in 1946.

“It would be most appropriate to name the entire post after him,” McEachin said in an interview Wednesday afternoon with The Progress-Index prior to the release of his letter.

In his letter, addressed to Defense Secretary Mark T. Esper and Army Secretary Ryan D. McCarthy, McEachin also noted other potential honorees who are either native Virginians or have significant ties to the commonwealth.

Regardless, McEachin said in the interview, the time has come to change the 103-year-old name of the post so it does not memorialize Confederate leaders “who were traitors in a very real sense” because they tried “to rip the country apart.” Fort Lee is named for Robert E. Lee, a former U.S. Army colonel who became commanding general of the Confederate army during the Civil War.

In his letter, McEachin wrote, “Memorializing the individuals who took up arms against the United States to preserve the institution of slavery is antithetical to our nation's fundamental principles and long-standing military history of fighting for equality and freedom.”

The House Appropriations Committee this week signed off on a defense authorization bill that would block FY 2021 funding for military projects at bases named for Confederate leaders unless a process was under way to rename the base.

McEachin said he did not think the letter could be seen as a process called for in the spending bill. He said the Pentagon “at a bare minimum” would likely have to start the ball rolling.

Defense officials in the Trump administration have hinted support for the renaming as part of reconciling the nation's history of racial inequality. But President Donald Trump has stated he would oppose any installation name changes.

Ten Army posts throughout the South are named for former officials in the Confederacy. In Virginia, there are three — Fort Lee, Fort A.P. Hill in Caroline County, and Fort Pickett near Blackstone. Fort Pickett, however, was deactivated as an Army installation in 1997 and is now managed by the Virginia National Guard.