Army Sgt. Timothy Hovey had to cancel his trip home to Sacramento, Calif. last Christmas, so his grandmother saved all... 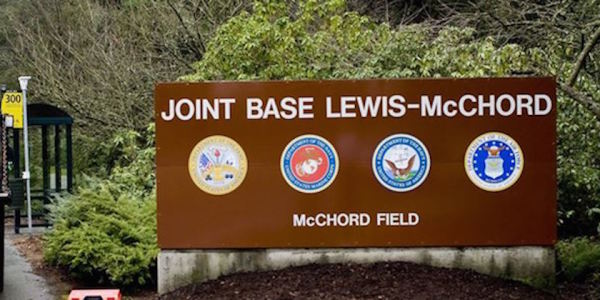 Army Sgt. Timothy Hovey had to cancel his trip home to Sacramento, Calif. last Christmas, so his grandmother saved all of his presents, intending to give them to the 27-year-old when he came to visit before his scheduled deployment to Iraq next month.

But instead of celebrating her grandson’s homecoming, Bonita Hovey is grieving the death of her only grandchild, who was fatally shot early Sunday shortly after leaving a house party in Burien.

An Army chaplain showed up to Hovey’s door Sunday and her daughter, the victim’s mother, was called over to the house.

“I know she thought Timothy was going to surprise” his mother with a visit, Bonita Hovey said. “But when she saw the uniform, she knew right away and she collapsed to the floor in tears.”

According to the King County Sheriff’s Office, deputies responded to a shots-fired call around 4:30 a.m. Sunday near South 128th Street and 21st Avenue South. Within minutes of their arrival, the deputies learned that a man with multiple gunshot wounds had been driven by friends to Highline Medical Center, also in Burien.

The friends told investigators that the man had left the party on foot, and a short time later they found him wounded and on the ground, sheriff’s Sgt. Cindi West wrote in a news release.

He was transferred to Seattle’s Harborview Medical Center, where he died, she said.

Hovey, an air- and missile-defense crew member, was stationed at Joint Base Lewis-McChord, where he was assigned to Battery C, 5th Battalion, 5th Air Defense Artillery Regiment, which falls under the administrative control of the 7th Infantry Division, Lt. Col. Frederick Williams said Tuesday.

“Our thoughts and prayers are with the family of Sgt. Hovey,” said Williams, a spokesman for the 7th Infantry Division. “It’s a tragic situation, and we’re really shocked and saddened by the loss of one of our teammates.”

Raised in Sacramento by his mother and grandmother, Hovey enlisted in the Army in 2010, following in the footsteps of his grandfather and great-grandfather, both career military men, Bonita Hovey said.

Funny, smart, kind, and dedicated to his country, it took only four years for Timothy Hovey to earn his sergeant’s stripes, said his grandmother. He spent a year in South Korea before returning last year to Lewis-McChord, she said.

“He was meant to be a soldier. He loved it very much,” Bonita Hovey said.

“Here you worry about your kids going to Afghanistan or the Middle East and right here in the U.S. of A. is really where the enemy is,” she said. “It all ties in to how rampant it is that people have guns in their possession. It’s out of control. People don’t honor life.”

Bonita Hovey doesn’t know what she’s going to do with that box of Christmas gifts — clothes, earbuds, a bottle of cologne — that she’s been saving for her grandson for nearly a year.

“He was a wonderful, loving grandson. … He was our shining star,” she said.