Poland's grand proposal in 2018 to name a military base in honor of Donald Trump, in return for the U.S. president placing a permanent presence there, has crumbled amid disputes over how to fund the deployment and where to garrison the soldiers, sources say 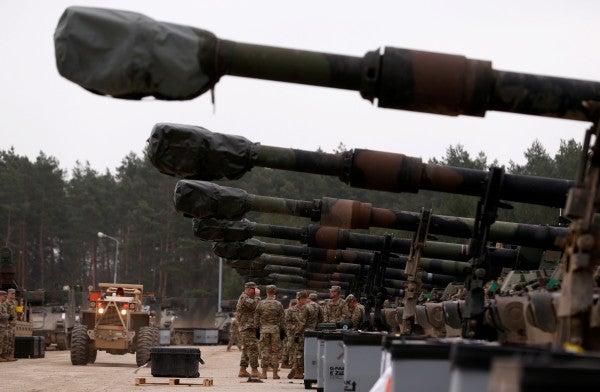 WARSAW/WASHINGTON (Reuters) – Fort Trump appears to have fallen. Poland's grand proposal in 2018 to name a military base in honor of Donald Trump, in return for the U.S. president placing a permanent presence there, has crumbled amid disputes over how to fund the deployment and where to garrison the soldiers, sources say.

A U.S. official familiar with the matter said the idea had been doomed from the start: “There is no Fort Trump.”

On June 12 last year, Trump agreed, with Polish President Andrzej Duda beside him at the White House, to send 1,000 more troops to his NATO ally, bolstering its defenses against Russia to the east and cementing bilateral ties.

Many officials called the project “Fort Trump”, although the name was never official, and the idea of building a new base for the troops was soon dropped.

Related: Here's what we actually know about plans for a 'Fort Trump' in Poland

A year on, government officials in Washington and Warsaw say they still cannot agree where the troops should be stationed, and how much of the multi-billion-dollar deployment Warsaw should fund.

Poland wants to put them close to its eastern border with Russia's ally Belarus, but on past form this is certain to antagonize Russia, and Washington would prefer to deploy them further west, the officials said.

Warsaw initially talked of contributing $2 billion, already a challenge now that the coronavirus has dented its economy, but the United States wants it to pay more, the officials added.

Then there is the legal status of U.S. troops permanently stationed in Poland for the first time; currently, around 4,500 troops are regularly rotated through.

Washington wants enhanced legal immunity, for example in situations where U.S. troops are accused of crimes on Polish soil, but Poland is balking.

“There's the question of financing, of the placement, of legal rights, under what principles these soldiers will function here,” he told Reuters.

“The discussions are taking a long time because the subject matter is just very complex. I do think we will come to a final decision, but this will still take some time.”

And that time may just have got longer.

Last week, a senior U.S. official said Trump had decided to draw down 9,500 of the 34,500 U.S. troops currently deployed in Germany.

U.S. officials said some of these could be sent to Poland, which is dismayed that its gain might be at the expense of its NATO ally and neighbor, a key element in its own security plan.

“In general, every withdrawal of military forces in Europe is a risk, and it's not that we as a Polish government see this positively, because we think the American presence should be larger,” Jablonski said.

Some of the U.S. troops currently in Poland were deployed by NATO after Moscow sent shivers through Warsaw in 2014 by seizing the Crimean peninsula from Ukraine, which borders both countries.

High-level talks to deal with sticking points, scheduled for March, were called off after U.S. defense undersecretary John Rood left his post at Trump's request, the U.S. official said.