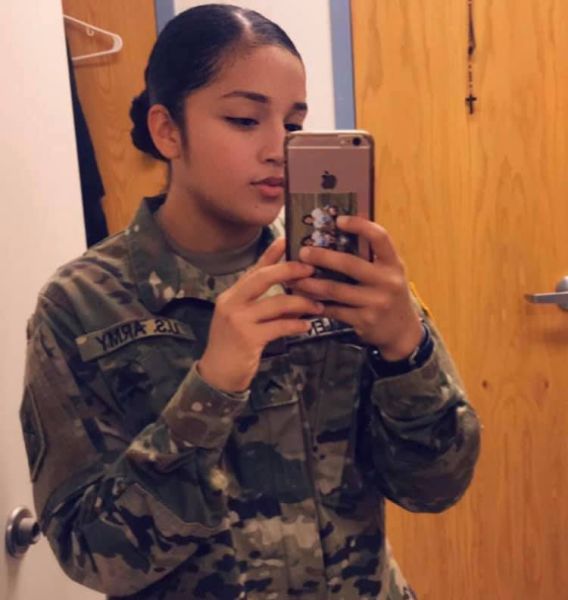 Fort Hood officials addressed the possibility of homicide while meeting with several members of Guillen's family on Tuesday to provide an update in the case, according to attorney Natalie Khawam.

“Our meeting today was very good,” Khawam told reporters outside the gates of Fort Hood. “We got a few answers we wanted. Not all of them, but a few. They suspect foul play; so do we. We are hoping our investigation goes further and we learn who it is.”

Guillen, a 20-year-old Houston native, was last seen April 22 in the middle of a workday at Fort Hood near Killeen.

The soldier's identification card, wallet and the keys to her car and base apartment were later found in the armory room where she had been earlier in the day, Army officials have said.

Congresswoman Sylvia Garcia, who also attended the Fort Hood meeting, said officials on Tuesday told the family that phone records show Guillen was last contacted at 11:30 a.m. the day she was last seen. However, Guillen's phone has yet to be found.

One text message sent on Guillen's private cell phone to a supervisor that day was a serial number of a gun she was tasked with reviewing, according to Khawam. The attorney called the text message “disturbing” and said she suspects Guillen may not have been the one to send the message.

Several people also reported seeing Guillen that day. However, Garcia said base officials Tuesday would not disclose who was the last to see her, citing an active investigation.

“A lot of this does not connect,” Khawam said. “We don't care who messed up, we just want answers. We want to know what time, where, who and why.”

Guillen is not the only soldier at Fort Hood who investigators believe is a victim of foul play.

On Friday, the body of 24-year-old Gregory Scott Morales was found in a field near the 3200 block of Florence Road in Killeen.

Morales was last seen driving his vehicle outside of Fort Hood the night of Aug. 19, 2019. The last known verbal contact with Morales was the following day, officials said.

Morales was scheduled to be discharged from the Army within a few days of when he disappeared, officials said.

An autopsy is scheduled to determine the cause and manner of death.

Investigators have said they have no credible information indicating that the Guillen and Morales cases are connected.

During a protest outside of Fort Hood earlier this month, Guillen's family said they believe the soldier was being sexually harassed by at least one supervisor.

On Tuesday, the family told Fort Hood officials that Guillen accused one of her supervisors of walking into the shower while she was naked.

“She did report that to her family and to her friends,” Khawam said. “We suspect it's the same person who was her supervisor that same day after she went missing.”

However, Fort Hood officials have yet to disclose what supervisor was working, according to Khawam.

League of United Latin American Citizens, also known as LULAC, is one of several organizations working alongside Guillen's family to bring the missing soldier home. On Tuesday, LULAC officials released a statement saying they are now demanding immediate steps to be taken by the highest levels of the nation's military, members of Congress and the White House to find the missing soldier.

“It is heartbreaking and we are filled with both anger and anguish over the disappearance of Vanessa on an American military installation,” a statement from LULAC officials says. “Even more troubling is the total and reckless mishandling of the investigation or the lack of care for her life and well-being. Both seem meaningless to those in command at Fort Hood.”